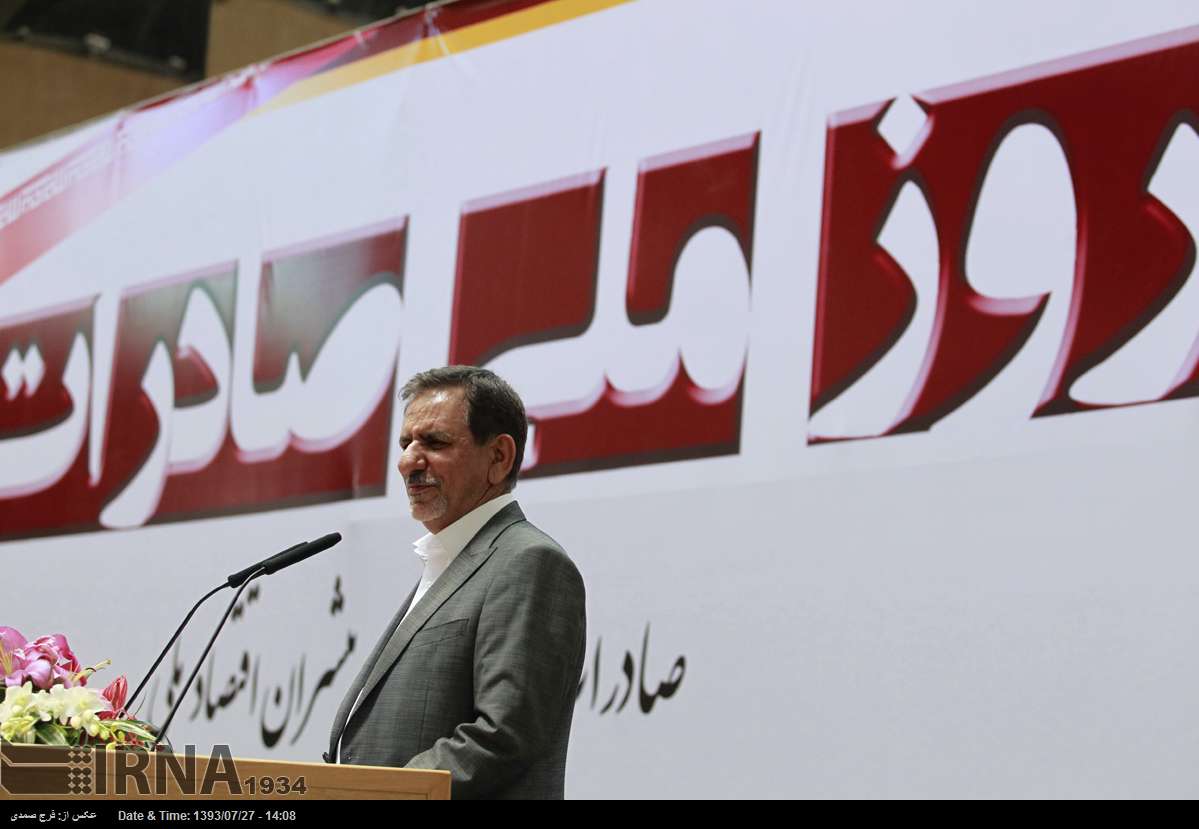 Jahangiri: Iran out of recession

Tehran, Oct 20, IRNA – Today, it is clear to everyone that Iran has come out of recession and entered a prosperous era, said the first vice president.

Speaking at a ceremony to mark National Exports Day in Tehran on Sunday, Es’haq Jahangiri added that many thought the new government would not succeed in reducing inflation.

“However, the inflation rate was under 25 percent at the beginning of the current Iranian year (started March 21, 2014) and declined to 20 percent after a lapse of six months (ending Sept 22),” he said.

Jahangiri noted that the government has prioritized plans to take the country out of inflation by relying on the abilities of private sector.

The vice president added that non-oil exports grew by 20 percent in the past six months.

“The government has forged effective collaboration with the international community, which has boosted economic growth,” he said.

Jahangiri also said the country’s tourism sector registered a 200-percent growth in the past six months compared with the same period of last year and many hotels have been booked till 2015.

“The government and private sector should have a joint policy and target to raise the country’s status in the international market,” he said.

The minister said improvement in international political ties is a prerequisite for boosting exports.

“Efforts made by President Hassan Rouhani have been useful in improving the international image of Iran,” he said.

Nematzadeh said financial resources have been anticipated as export incentives in next year’s budget. He called the rise in the capital outlay of Export Development Bank of Iran for giving loans to exporters as the government’s ratification for boosting export.

“The auto industry could export one million cars annually and earn $10 billion to $15 billion,” he said.