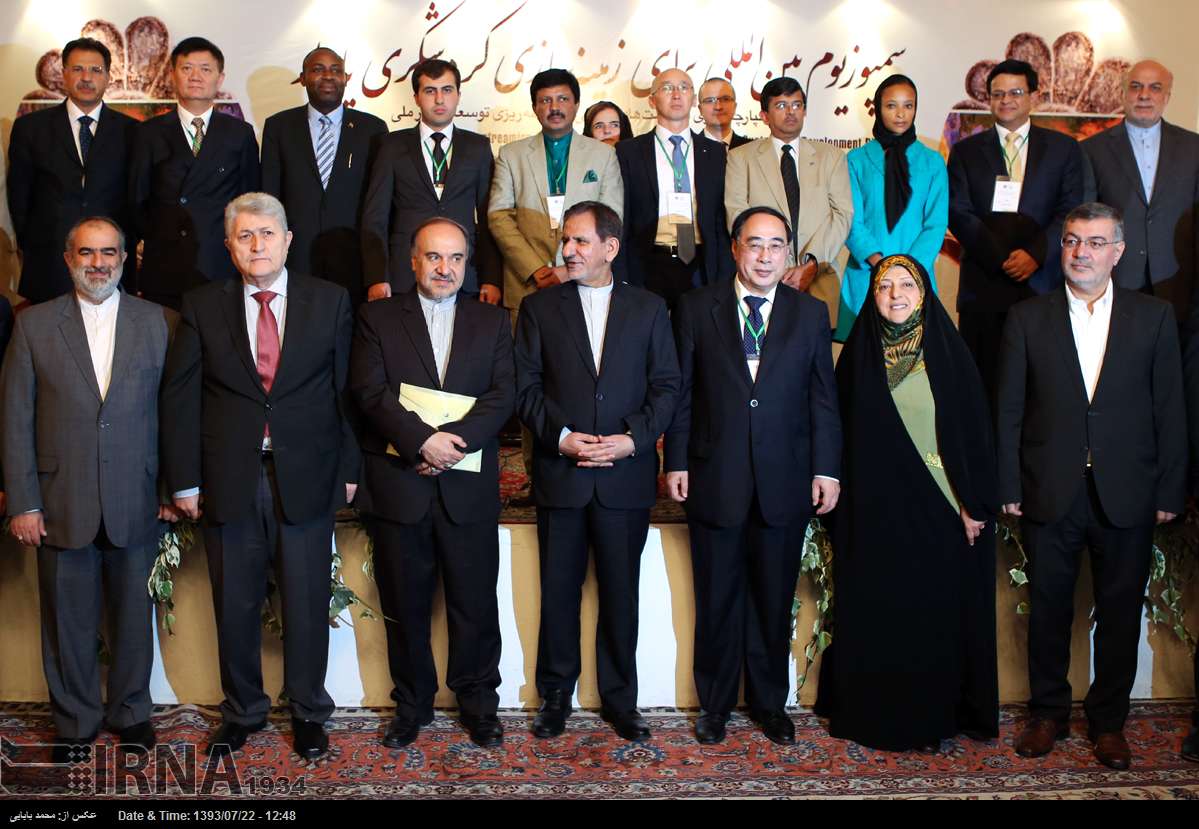 At a symposium in Tehran, policymakers, programmers, government officials, private activists and UN officials from across the globe in order to clear the ground for exchange of thoughts and systematic participation of all those involved in tourism.

Tourism is one of the world’s largest industries and one of the key drivers of socio-economic progress through the creation of jobs, private sector growth and development infrastructure. It is estimated that in 2013, the global economic contribution of tourism was nearly US$ 7 trillion.

While some countries are consistently preferred as tourism destinations, other less well-known countries are quickly emerging in order to gain the economic benefits of the industry. Iran is already entering this category.

According to the Iranian Cultural Heritage, Handicraft and Tourism Organization (ICHTO), the number of foreign tourists who visited Iran in early April 2014 has increased by 150 percent in comparison to the same period last year. The comparable number for European tourists for the same period rose 240 percent.

In this context, on 14 October, the ICHTO and the UN Department of Economic and Social Affairs (DESA) organized a symposium entitled Mainstreaming Sector Policies into Integrated National Sustainable Development Planning: Enhancing Sustainable Tourism, Urbanization, Resource Efficiency, Biodiversity and Environmental Protection. The event was held in Tehran.

The conference brought together policymakers, programmers, government officials, private activists and UN officials from across the globe in order to clear the ground for exchange of thoughts and systematic participation of all those involved in tourism, urban development and biodiversity protection.

The reasons to come to Iran are countless” said the UN Resident Coordinator and UNDP Resident Representative in I.R. of Iran

Opening the ceremony, Mr. Masoud Soltanifar, Vice President and Head of ICHTO said: “In today’s world, tourism industry in the third largest industry in the world, behind petroleum and car manufacturing industries.  Not only does tourism generate revenues, bring economic benefits and create jobs, but it will lead to sustainable cultural, social and environmental development in the host countries in case of effective management.  Moreover, as a highly effective diplomatic tool at the international level, this industry can bridge nations, ethnicities and races.  By expanding peaceful coexistence and interaction as well as mutual cultural understanding, this industry can bring peace and stability to the world which is suffering from extremism and violence.”

In this symposium, the UN Resident Coordinator in the Islamic Republic of Iran, Mr. Gary Lewis said: “The reasons to come to Iran are countless. In my 27 years’ working with the United Nations I have been privileged to travel and work in over 70 countries. Among these, Iran is easily one of the most enchanting.

Landscape – be it deserts or mountains or wetlands.

And all of this is before you meet the kind, welcoming and generous people of Iran.”

Mr. Lewis added: “If Iran wishes to embrace tourism as a significant generator of income and jobs, it needs to plan well […] Let us plan to use development models which consume fewer resources – and less water.  Let us consider ecological and environmental carrying capacity of Iran in our investments.  Let us adopt participatory approaches for tourism which ensure that the revenue is utilized for local community development.  And – in developing the infrastructure for specific market segments – let us choose to retain what is best in Iran to attract visitors who will appreciate, and respect, the characteristics of all that is Iranian.”

The UN Under-Secretary-General for Economic and Social Affairs, Mr. Wu Hongbo also spoke at the symposium. “Tourism can create business and employment opportunities, enhance the appreciation of natural and cultural heritage, and contribute to poverty reduction programmes. However, national and international tourism markets are increasingly competitive. Investments in the tourism sector and the infrastructure and services need to be carefully planned in order to ensure that the public and private investments yield optimal dividends, and that the host communities derive fair benefits. Furthermore, cultural heritage, urban and rural landscapes, environmental resources and biodiversity need to be protected effectively for the benefits by not only the current but also future generations,” said Mr. Wu.

Speaking at the conference Vice-President and Head of Iran’s Department of Environment, Ms. Masoumeh Ebtekar said: “Tourism and the protection of the environment are both areas where we need to enhance collaboration at the international level. Because both of these areas give a strong message in understanding peace and dialogue among nations – particularly in a region which being torn apart by violence, extremism and terrorism.”

The first Vice-President of the Islamic Republic of Iran, H.E. Mr. Eshagh Jahangiri was the final speaker during the opening ceremony of the symposium. “Sustainable development is the desire of all governments and nations. However, we need to realize that without paying attention to the rights of humans and future generations sustainable development will not be achievable. The cooperation of people and their needs must be taken into consideration and we need to plan accordingly. Iran is a country with more than 7,000 years of history of culture. Iran is a safe haven for different ethnicities and cultures. People from different walks of life live together in peace, security and unity. I invite people from around world to come and experience this rich culture. To me, tourists are messengers of peace.”