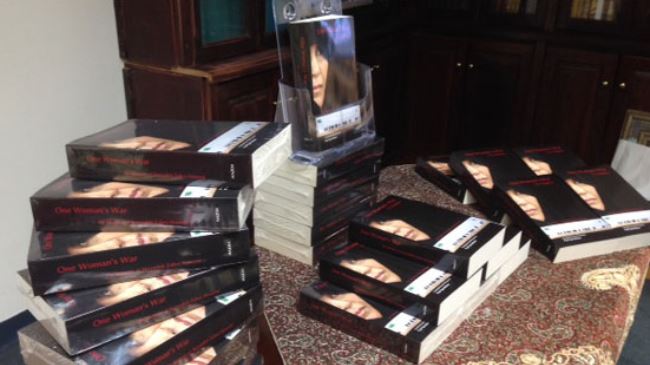 The bestselling Iranian novel Da written by Seyyed Azam Hosseini is slated to hit the bookstores in Spanish language.

The book is passing the last stages of translation and will be realeased until next year, said Head of Spanish department at Tehran’s Art Bureau, Najmeh Shobeiri.

Da contains recollections by Seyyedeh Zahra Hosseini of the time when the Iraqi army captured Khorramshahr in the early days of the 1980-1988 Iran-Iraq war.

The book narrates a true-to-life story of a teenager who experienced the early days of the war in Khorramshahr.

The English version of Hosseini’s memoir has been recently unveiled during a ceremony at Tehran’s Art Bureau.

The book was translated into English by the U.S. scholar Paul Sprachman under the title of One Woman’s War: Da (Mother) published by Mazda Publishers in the United States.

Sprachman, along with the narrator of the book Zahra Sadat Hosseini and several officials and writers attended the unveiling ceremony in Tehran.

“I have worked on the book for four years and tried my best to convey the precise meaning of words in English,” Sprachman had earlier stated.