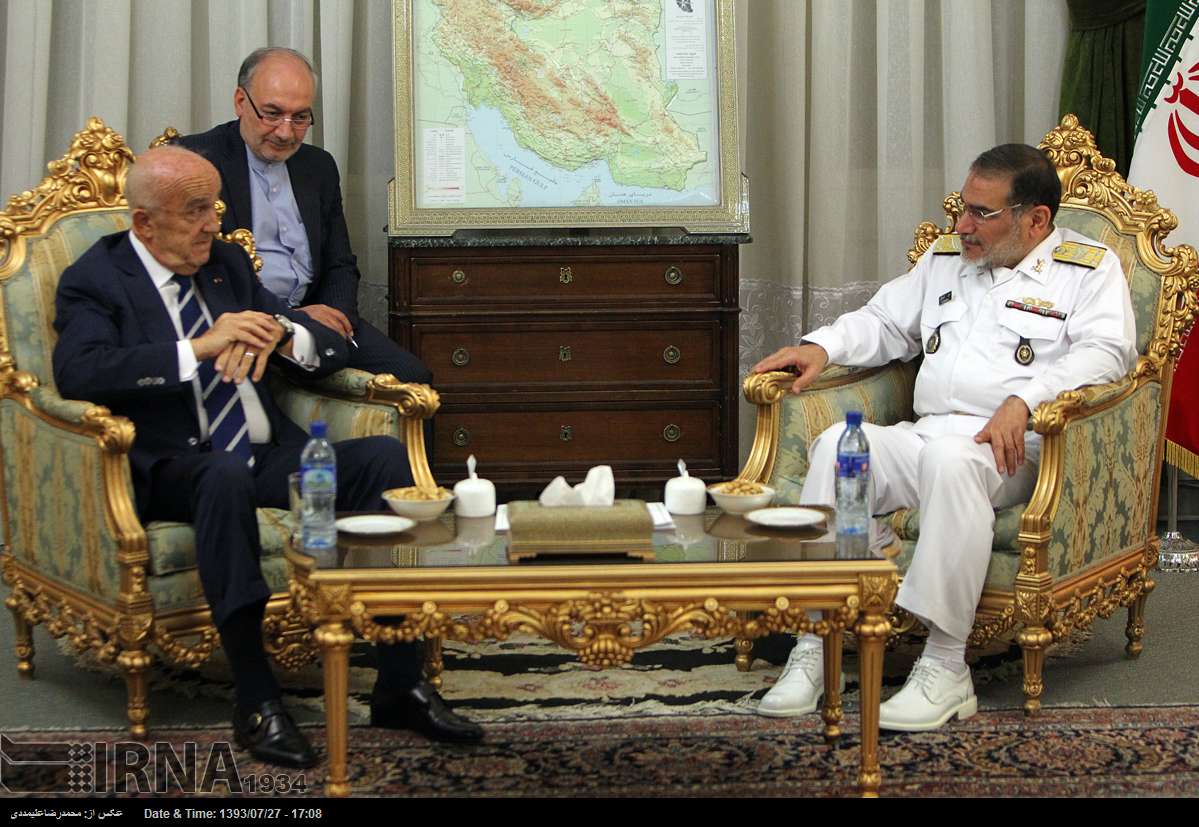 “Besides arms aid to the Lebanese army, the Islamic Republic of Iran is ready to transfer its experiences to improve security in Lebanon and the region and fight against the terrorist streams,” Shamkhani said in a meeting with Lebanese Defense Minister Samir Moqbel in Tehran on Sunday.

“Supporting the Lebanese nation, army and resistance will still remain on Iran’s agenda,” he added.

Moqbel, for his part, underlined the importance of Iran’ assistance, and said equipment of the Lebanese army with its needed weapons will improve the army’s operational power against the Takfiri and terrorist groups and help it maintain stability and tranquility in the country.

In similar remarks on Saturday, Iranian Defense Minister Brigadier General Hossein Dehqan voiced Tehran’s readiness to provide modern military equipment and strategic assistance to the Lebanese Army to enable Beirut to gain an upper-hand in its fight against terrorism.

“The Islamic Republic of Iran, with the aim of consolidating national authority and reinforcing security in Lebanon, is ready to supply the needs of the Lebanese army, and share its experience with this country’s army for fighting terrorist and Takfiri groups,” Dehqan said in a meeting with Moqbel in Tehran on Saturday.

Iran attaches significance to its ties with Lebanon as an independent, stable and geopolitically-important country, Dehqan said, adding that Tehran backs the Arab country’s security, independence and territorial integrity.

Moqbel, for his part, welcomed the expansion of ties with Iran in all fields, including defense sector, and said Iran’s military aid to Lebanon as a friendly country is highly important due to special conditions in Beirut.

The Lebanese defense minister arrived in Tehran on Saturday to confer with his Iranian counterpart on the expansion of security and military cooperation.

Mogbel also is to hold separate meetings with Iran’s President Hassan Rouhani and Parliament Speaker Ali Larijani during his 3-day stay in Tehran.

At the end of his visit, the Lebanese defense minister is due to take Iran’s arms aid to his country.

On September 30, Shamkhani said that Iran would soon supply the Lebanese army with necessary military equipment to help the country the security threats it is grappling with.

“Iran plans to gift a military tool or weapon to the Lebanese army in the near future,” Shamkhani said at the time.

“The gift will be sent in the near future and it will be delivered to the Lebanese defense minister during his upcoming visit to Iran.”

A few days later, senior officials in Beirut said Iran had presented a list of military tools and weapons to be gifted to the Lebanese army to help the country in its fight against terrorism.

Later, Moqbel told the Lebanese al-Manar TV that he would visit Iran at the head of a high-ranking military delegation to study Tehran’s pledged arms aids to Lebanon.

“The details of the arms aids which Tehran is ready to supply to the Lebanese army will be studied in the presence of a delegation of high-ranking officers,” he added.

Moqbel said that the Lebanese army would assess and study Iran’s weaponry proposals after returning to Beirut.

He expressed the hope that other countries would also present Beirut arms gifts proportionate to the needs of the Lebanese army.

In recent months, Lebanon has been suffering from terrorist attacks by al-Qaeda-linked militants as well as rocket attacks, which are viewed as a spillover of the foreign-backed crisis from the neighboring Syria.