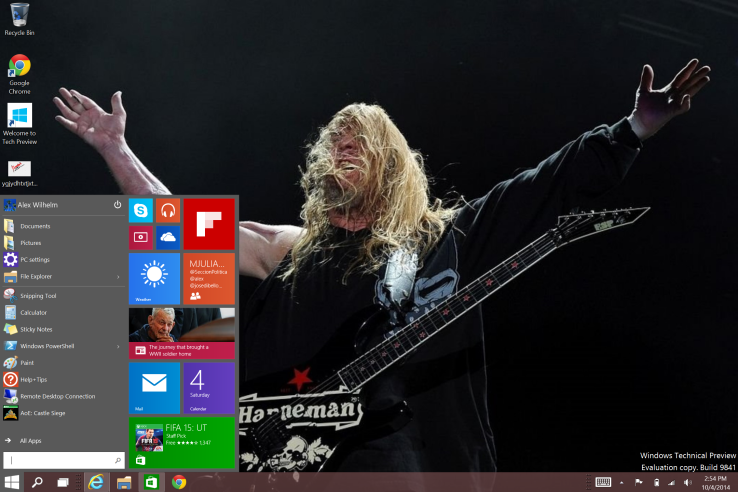 Microsoft’s Windows 10 operating system preview has attracted more than 1 million testers to date, and tens upon tens of thousands of votes on its user forums. Curiosuly, one dominating theme has emerged over the past few days: Requests for better support in Iran.

The Verge’s Tom Warren wrote a post last week detailing the top 10 Windows 10 requests, noting that users are asking Microsoft to include support for the Persian calendar in its new operating system. Since Warren’s article was published, a number of other Iran-focused requests have risen to prominence on the public board.

Iran, a country of more than 80 million people, has all but taken over the top list of Microsoft’s user request forum. That will certainly catch the eye of Redmond.

Iranian users have previously complained that they have been excluded from the new Windows ecosystem. If Microsoft somehow missed those earlier paeans, it won’t be able to dodge this very public, and perhaps even slightly embarrassing show of interest and consternation from the country.

What Microsoft can, or will do remains to be seen. It isn’t clear if the company has addressed the matter directly on the public record. I have a request for comment in with the company, but as it’s around 4:30 in the morning over there, I don’t expect a speedy response.

Microsoft has been clear so far that it wants direct feedback from testers to help it guide the final development of Windows 10. And while the Iranian-centric petitions have less to do with what is new in Windows 10 than what has been lacking in both Windows 8 and Windows 8.1, the feedback underscores that there is market demand for the Windows Store. That’s good new for Microsoft, a company that is still looking to grow developer buy-in for its newly reconstituted Windows platform.