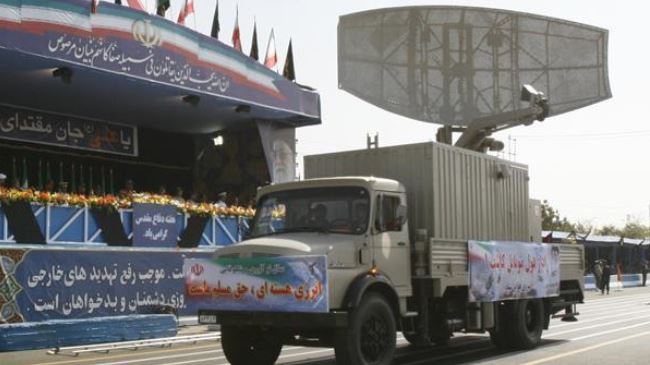 The production line was inaugurated in the presence of Iran’s Deputy Defense Minister Brigadier General Amir Hatami in the southern city of Shiraz on Sunday.

Hatami said that the advanced radars are capable of detecting “stealth aircraft, warplanes and cruise missiles.”

“Detection of anti-radiation missiles (ARMs) is another capability of these radar systems,” he said, adding that Iran aims to equip its military with state-of-the-art electronic systems.

Hatami stated that the Islamic Republic has attained self-sufficiency in manufacturing military equipment, including missiles and radar systems.

The Islamic Republic also conducts several military drills to enhance the defense capabilities of its military and to test modern military tactics and equipment.