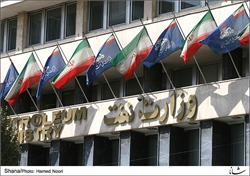 TEHRAN Oct 19 (Shana)–Iran’s Petroleum Ministry has dismissed rumors of putting an end to its gas pipeline project with Pakistan.

In a statement, the ministry said rumors about an end to cooperation between Iranian and Pakistani governments regarding a gas pipeline between the two countries are incorrect.

The statement was in reaction to quotes from Pakistani sources that Iran has put an end to the project.

It noted that the two countries are moving ahead with their close cooperation for the realization of the project.

“Despite some differences and problems about the implementation of Iran-Pakistan gas pipeline, neither of these two countries is willing to terminate the contract unilaterally,” the statement said.

A high-ranking Pakistani delegation is expected to visit Tehran soon to discuss the project.