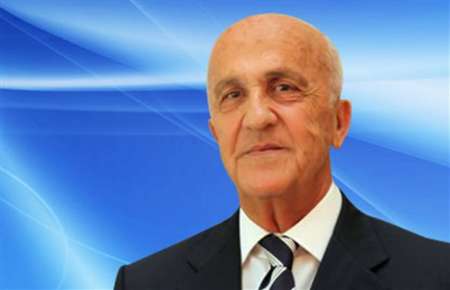 Moqbel is in Iran on a three-day official visit to the Islamic Republic to discuss the military grant with Iranian officials.

While Fars reported that Moqbel would return to Beirut with the aid in hand, the pledge has been at the center of a controversy in Lebanon.

Several ministers have raised concerns over whether the arms transfer would be a violation of U.N. sanctions, and some media reports have said that Western diplomats have pressured Lebanon to reject the offer.

Foreign Minister Gebran Bassil said earlier this week that he would soon draft a proposal for the Cabinet to consider the aid.

The aid aims to help the Lebanese Army battle extremists who have infiltrated the border with Syria. Army has been engaged with militants from ISIS and the Nusra Front since clashes erupted in the northeastern town of Arsal last month.

While the Army was able to drive the militants out of the town and into its outskirts by the Syrian border, the militants were able to take at least 30 soldiers and police captive during their retreat.