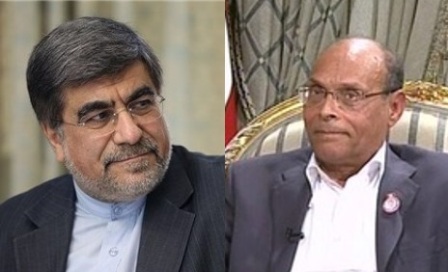 In the meeting at the Tunisian Cartage Presidential Palace the Tunisian president and the Iranian minister sought ways for comprehensive expansion of bilateral ties.

In the meeting in the presence of the Tunisian Culture Minister Morad al-Sakli, the expansion of cultural and artistic cooperation between the two countries was especially in the focus of attention.

Hashemi is accompanied by 30 Iranian artists in the fields of music, theatre, cinema, literature, plastic arts and handicrafts.

Expansion of relations with Muslim nations, including Tunisia, has always been atop Iran’s foreign policy agenda.

Tunisia Culture Week, too, is scheduled be held in Iran next year.