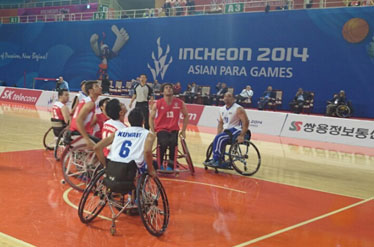 In the second match against Kuwait after crushing Malaysia 84-44, Iran’s wheelchair basketballists won Kuwait again with a crushing point difference 98-43 in Samsun stadium. Iran will meet Thailand in their third game at 14 hours local time.

The second Incheon Asian Para Games is played October 18-24, with 4500 war veterans with disabilities from 41 Asian countries. The first round was hosted by Guangzhou, China, with athletes competing in 19 sports. Incheon has increased the number to 23, where Iran competes in 16 of them with 204 athletes.