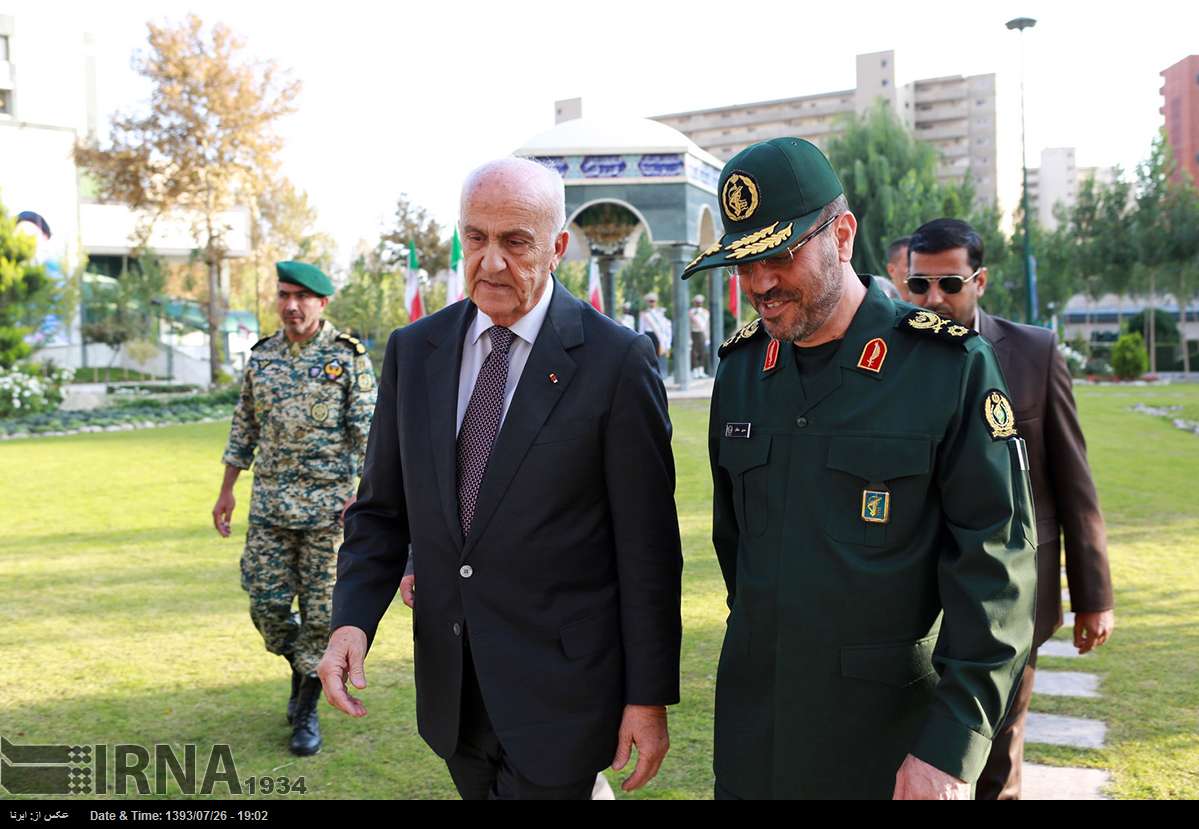 Iran: Lebanese army should be reinforced to counter terror threat

TEHRAN (Tasnim) – Lebanon is in the front line of resistance against the Israeli regime and it is necessary to reinforce the Lebanese army to counter threats from Tel Aviv and terrorist groups, said Iran’s defense minister.

“Resistance movement does not belong to a certain group or religious sect, cooperation between the Lebanese army and resistance movement, backed by the people of Lebanon, has increased the power of Lebanon in countering the Zionist regime’s aggressions and terrorist groups’ moves,” said Brigadier General Hossein Dehqan after a meeting with his Lebanese counterpart Samir Moqbel.

The Iranian defense minister also pointed to the Lebanese and Palestinian people’s defense against Israeli and described unity and resistance as the best way to maintain territorial sovereignty and pave the way for the establishment of sustainable stability and security.

The Islamic Republic of Iran has always supported the security and independence of Lebanon, and is ready to expand bilateral cooperation with the country, said Brigadier General Hossein Dehqan.

“The Islamic Republic of Iran is ready to supply the Lebanese army with necessary equipment and share its experience in countering terrorist and Takfiri groups, with the aim of strengthening the national authority and security of Lebanon.”

The Lebanese defense minister for his part emphasized the need for the expansion of ties between Tehran and Beirut, particularly in the field of defense.

He also pointed to defense cooperation between Iran and Lebanon, underscoring that equipping the Lebanese army with modern weaponry will boost its capability in the battle against terrorist groups and maintain the country’s peace and security.

The visit came at the invitation of the Iranian Defense Minister.

During his stay, Moqbel is scheduled to sit down with senior Iranian authorities to discuss the expansion of Tehran-Beirut defense ties as well as other bilateral, regional and international issues.