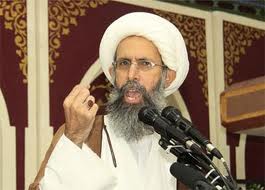 The statement called for immediate release of Saudi cleric from prison which has aroused the anger of Muslim world.

Despite outcry of advocates of human rights against Saudi Arabian government, the oppressed Shia community in the country is deprived of their initial rights such as freedom of speech, being exposed to the cruelty of Al-Saud tyrannical household, said the statement.

There is no doubt that issuance of such verdict at this juncture is aimed at fighting Islamic awakening and regional developments, it said.

Victories of Muslims in Yemen, humiliating defeats of the US and its allies in Syria, Lebanon, Iraq and annihilation of Takfiri groups such as Daesh have prompted the global arrogance to put pressure on the Saudi government to adopt such harsh approach to Shia Muslims in Saudi Arabia.

Condemning the disgraceful and tyrannical move, the Association called for immediate release of the cleric.

Saudi Shia cleric Nimr al-Nimr a well-known religious figure and pro human rights activist was arrested in 2012 and was sentenced to death in the Saudi criminal court for his alleged actions against the country’s national security.