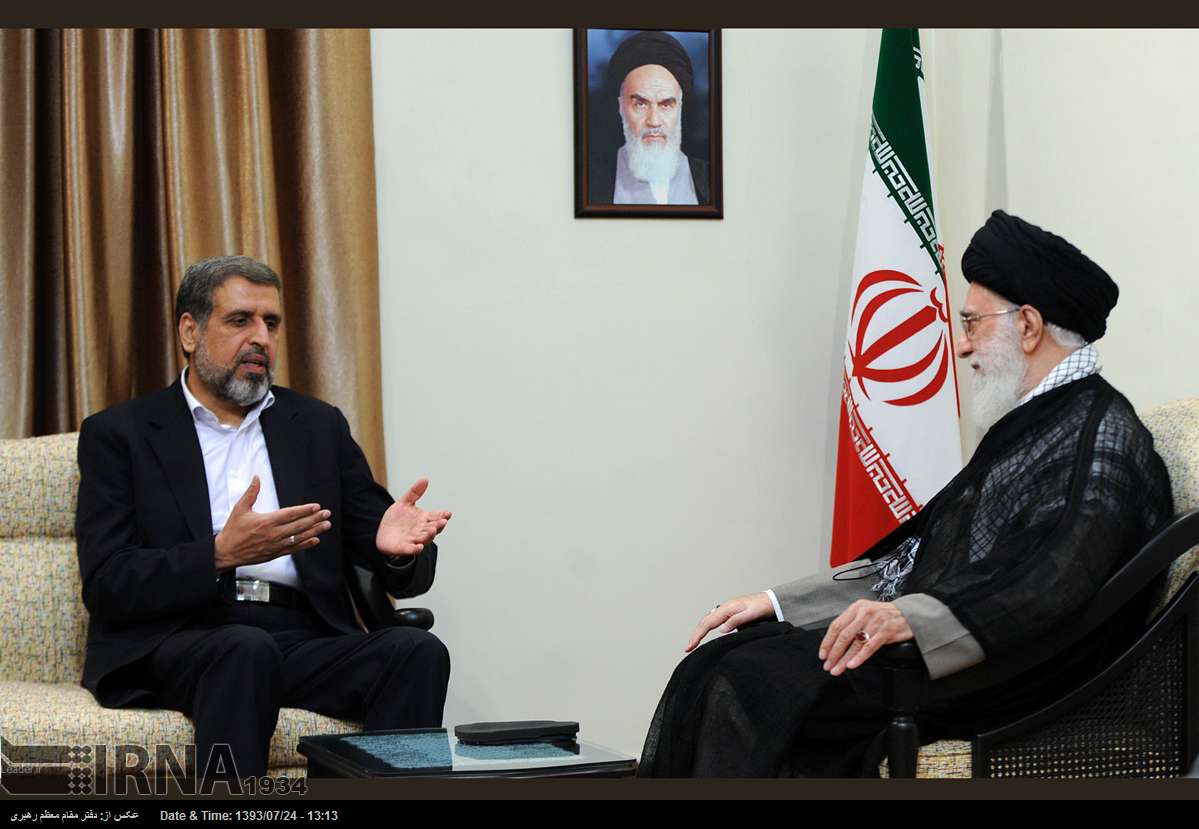 Leader: Palestinian resistance should be reinforced to repel Israeli attacks

TEHRAN (Tasnim) – Supreme Leader of the Islamic Revolution Ayatollah Seyed Ali Khamenei on Thursday called for boost to the Palestinian resistance movements’ readiness to gear up for possible military offensives by Israel in future.

In a Thursday meeting with Secretary General of the Palestinian Islamic Jihad Movement Ramadan Abdullah in Tehran, Ayatollah Khamenei raised the possibility of fresh Israeli strikes against Palestine.

To that end, the anti-Israeli resistance movement should further increase its preparedness level and the sources of power inside the Gaza Strip should be fortified, the Leader underlined.

Imam Khamenei also once again emphasized the necessity for a planning to provide the West Bank of River Jordan with the necessary equipment to counter the “occupying regime” of Israel, calling the task a “fundamental mission”.

“The war against the Zionist regime is a war of destiny which should settle the issue one way or the other, and something should be done so that the enemy would feel the same concerns about the West Bank that it already has with the Gaza region,” Ayatollah Khamenei stressed.

The visiting Palestinian figure, for his part, gave the Leader a report of the recent 51-day Israeli war on Gaza that brought the ultimate victory for Palestine.

“The victory was surely achieved in light of the Islamic Republic’s supports, and without Iran’s effective and strategic assistance, resistance and victory in Gaza were not possible,” Abdullah added.

Over 2,100 Palestinians, most of them civilians including more than 490 children, were killed in Gaza during a war that broke out on July 8, after Israel launched an offensive on the coastal enclave of 1.8 million population.

Thousands of homes in the Gaza Strip have been destroyed or damaged by the Israeli offensive.

The Palestinian Center for Human Rights said 540,000 people had been displaced in the Gaza Strip.

However, the Zionist regime achieved none of its objectives in the war and was ultimately forced into accepting a ceasefire and conditions set by resistance movements in Palestine.

On August 26, a ceasefire deal between Palestinians and Israel, which was mediated in Cairo, took effect.
The truce, which ended seven weeks of Israeli brutal attacks on the Gaza Strip, called for an indefinite halt to hostilities, the immediate opening of Gaza’s blockaded crossings with Israel and Egypt and a widening of the territory’s fishing zone in the Mediterranean.

Back in July and amid fierce Israeli attacks on Gaza, Ayatollah Khamenei called on the whole world and the Islamic world in particular to arm the Palestinian nation as much as possible.

Imam Khamenei had also described the armed resistance as the only way to confront the “destructive regime” of Israel.

The Supreme Leader had urged that the West Bank should also be armed like Gaza, recommending those who are interested in Palestine’s destiny to act in this regard in order to relieve Palestinians’ distress.