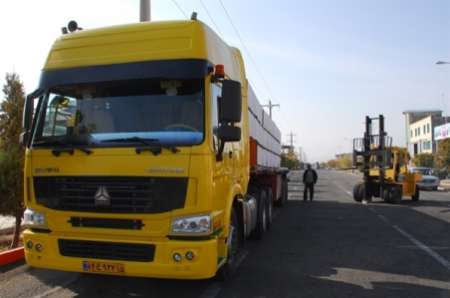 Row between Turkey and Iran over transit trucks fees heats up

Turkey has doubled the truck transit fees for Iranian trucks in response to Iran taking a similar step for Turkish trucks, Turkish media reported on Tuesday.

The new measures took effect over the weekend. Turkish representatives had been objecting to the $750 transit pass fee that Iran applies to Turkish trucks, but Iran has refused to make any changes.

Then, on 11 October, Turkey increased its transit fee for Iranian trucks to $750, according to Turkish Doğan News Agency. The move prompted Iran to double its fee to $1,500 a few hours later.

Turkey then doubled its fee for Turkish trucks to $1,500, adding that it had also begun charging an extra 25 euros per 100 kilometres for fuel from Iranian trucks as Iran does to Turkish trucks.

“Yes, we have taken 25 euros per 100 kilometres from Turkish trucks for the last 20 years based on the fifth article, as fuel prices are much lower in our country than they are in Turkey,” Doğan quoted the Iranian Deputy Transport Minister as saying, the agency adding that Turkey now wants “to seal the gas tanks of Turkish trucks before they enter Iran to prevent them from buying gas in Iran while asking Iran not to take an extra fee for the difference in fuel prices between the two countries”.

More hikes are expected by sector representatives from each country.