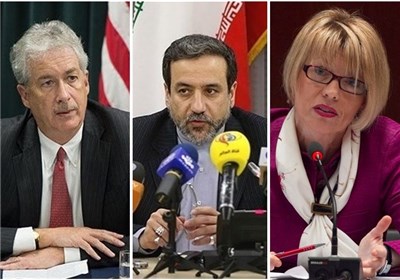 They will discuss the progress of the ongoing nuclear negotiations between Tehran and the group 5+1 (the five permanent UN Security Council members plus Germany).

On arrival in the Austrian capital on Tuesday, Zarif said the negotiations in Vienna could further pave the way for reaching a final nuclear agreement.

He hoped that the other side will recognize the realities of Iran’s nuclear program in a bid to come to a solution that will serve all sides’ interests.

Zarif noted, however, that there are many issues remaining to be resolved and that reaching an agreement in this round of talks is unlikely.