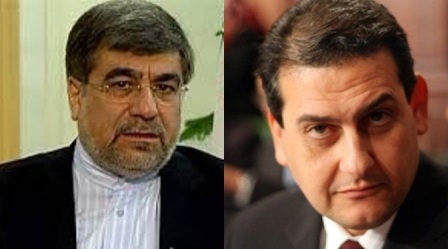 According to the agreements, the two sides would cooperate in the fields of music and book translation.

Meanwhile, Iran’s first cultural week in Tunisia, following the Islamic Awakening in that country, kicked off its work on Tuesday afternoon in the presence of Jannati.

Sakli, Tunisian Minister of Education Fathi al-Jarray, a number of Tunisian university professors and a group of students and artists attended the opening ceremony of the event.

Hashemi is accompanied by 30 Iranian artists in the fields of music, theatre, cinema, literature, plastic arts and handicrafts.