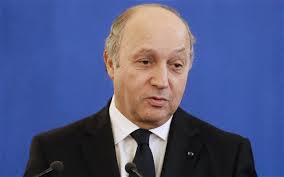 The recognition of the state of Palestine should not be a symbolic gesturing, but rather lead to a two-state solution, says the French foreign minister.

“From the moment that we say there must be two states (Israel and Palestine), there will be a need for recognition of the Palestinian state, that goes without saying,” Laurent Fabius said before the French lower legislative house or the National Assembly on Tuesday, as cited in local press reports.

“The only question is what are the procedures and how to be most effective. What we want is not a symbolic issue but to be helpful to peace,” the top French diplomat further added.

Fabius further stated that the “right time” for such a measure would come when other negotiating options fail to be implemented.

The development came merely a day following a historic vote in the British parliament favoring a symbolic legislative resolution to recognize Palestine as a state.

The vote, which was conducted Monday evening, resulted in 274 MP votes in favor of the motion and only 12 votes against the measure.

The British House of Commons has held deliberations on Palestinian statehood since 2012, when a petition calling for the motion secured over 100,000 signatures.

Meanwhile the Swedish parliament also voted in favor of recognizing a Palestinian state earlier this month, making it the first major EU nation to do so.

At least 112 countries have recognized Palestine as a state, though the Palestinian Authority (PA) puts that number at 134.