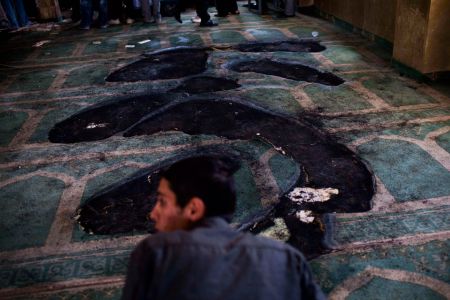 Israeli settlers have carried out an arson attack on a Palestinian mosque in a village in the occupied West Bank, torching part of it.

The settlers destroyed the doors and windows of the Abu Baker al-Saddiq Mosque, which is located in the village of Aqraba, in the incident overnight, said Ghassan Daghlas, a Palestinian official who monitors settlement activity in the area, on Tuesday.

The Palestinian official further noted that the settlers damaged the interior part of the mosque and vandalized it with racist slogans.

Palestinian villagers reportedly chased away the settlers following the attack and put out the fire.

Israeli settlers reportedly frequently scrawl graffiti on the walls of the mosques in the area.

The settlers, mostly armed, regularly attack Palestinian villages and farms and set fire to their mosques, olive groves and other properties in the West Bank under the so-called “price tag” policy. However, Tel Aviv rarely detains the assailants.

In a similar move in January, Israeli settlers attacked a Palestinian mosque in the north of the Occupied West Bank, torching part of it.

The main gate and some carpets of the mosque in Deir Istiya village were damaged in the incident, said local sources on January 15.