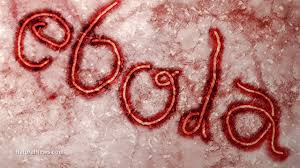 TEHRAN (Tasnim) – Passengers in the Iranian northeastern city of Mashhad’s airport get through the laser fever-screening instrument as part of measures to identify travelers infected with Ebola or coronavirus, a medical official announced.

While a spike in Ebola cases and warnings of ponential spread have caused serious concerns in many countries, Iran has also begun to use fever-screening equipment at the Mashhad airport, Mohammad Jafar Sadeqi, a local medical official in charge of prevention programs in Iran’s northeastern province of Khorasan Razavi said on Tuesday.

In the meantime, head of a center of Iran’s Red Crescent Society who coordinates health services for the pilgrims, asserted that not a single case of Ebola infection has been so far reported among the Iranian nationals who have travelled to Saudi Arabia for performing Hajj pilgrimage.

Global health authorities are now struggling to contain the world’s worst Ebola epidemic since the disease was identified in 1976.

The virus, which causes fever and bleeding, has killed more than 4,000 people.

Ebola cases and deaths have been reported in Guinea, Liberia, Sierra Leone, Nigeria, Senegal, the US, Spain and Germany.