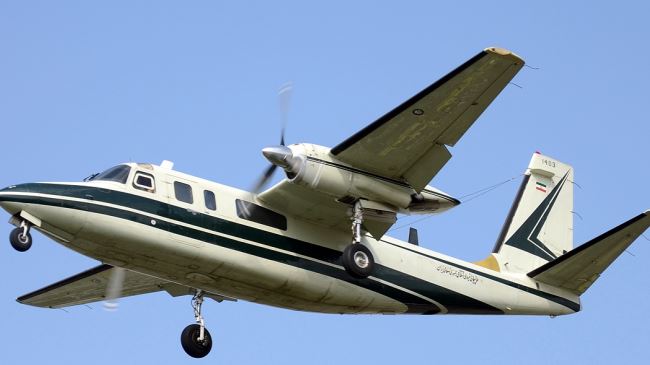 TEHRAN (Tasnim) – Iran’s Law Enforcement Force on Sunday located the wreckage of one of its turboprop aircraft after the plane disappeared from the radar screen in southeastern Iran on Saturday evening, an informed source told Tasnim.

The turboprop aircraft, with 7 people onboard, vanished at 19:20 local time (1550 GMT) around the southeastern city of Anar.

The plane had taken off from Tehran and was bound for Zahedan, the capital of the southeastern province of Sistan and Balouchestan.

The seven passengers included five police officers, including a general and three colonels.

“The wreckage of the plane is found and the process of identification of the bodies is now underway,” the informed source said.

On Saturday night, General Rahimi, commander of Sistan and Balouchestan police forces, told Tasnim that the passengers were staff of the police investigation department, who had been dispatched to the southeastern province to probe into a recent terrorist attack in the city of Saravan that had taken lives of four police officers.

Back on Thursday morning, a car bomb attack on a police station in the border city left one police officer dead and three others injured. The attack came a day after three other police forces were killed in a separate terrorist attack in the city.