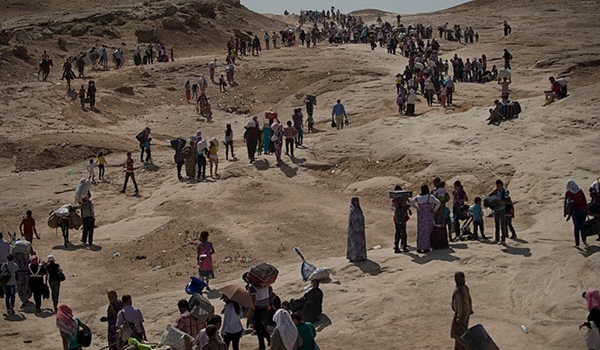 TEHRAN (FNA)- Iranian and Turkish officials voiced concern over the recent bloodshed in Iraq and Syria, and stressed the need for boosting cooperation to find peaceful ways to put an immediate end to such crises in the region.

In a meeting between Iran’s Ambassador to Ankara Alireza Bigdeli and Turkish Acting Deputy Foreign Minister Umit Yalcin on Saturday, the two officials called for regular consultations to expand cooperation between the two governments to help crisis-hit countries in the region overcome their security problems.

The two officials said that consultations and regional cooperation would help the Iranian and Turkish governments to help restore peace and tranquility to the Middle-East.

On Thursday, Iran reiterated that Ankara’s military meddling in the crisis-hit city of Kobani in the Northern part of Syria can deteriorate the situation into an unsolvable and more complicated dispute.

Iranian Deputy Foreign Minister for Arab and African affairs Hossein Amir Abdollahian said that Tehran and Ankara are in consultation over the situation in the Kurdish city, noting that Tehran has warned Turkey against ground operations in Syria.

They have been carrying out horrific acts of violence, including public decapitations and crucifixions, against all Iraqi communities such as Shiites, Sunnis, Kurds, Christians, Ezadi Kurds, and others.