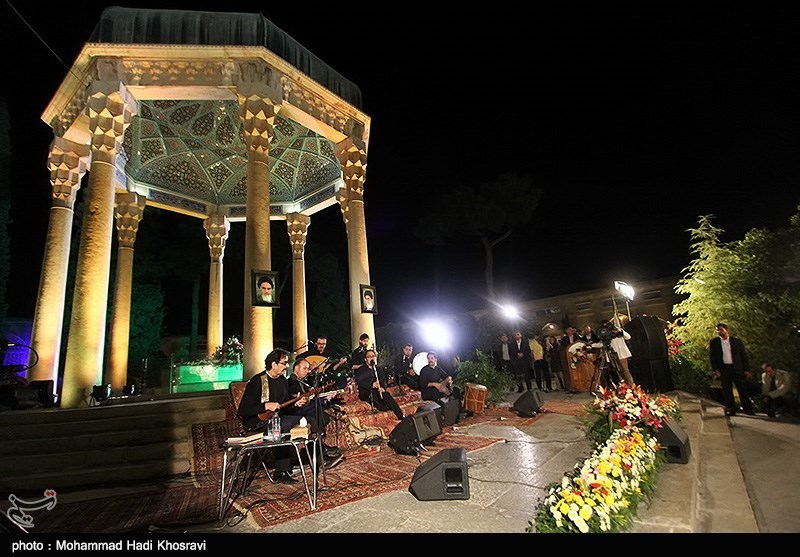 National Library of Fars Province, too, will in its Documentaries Department hold a scientific conference on Hafez on Sunday.

October 12th is marked as Hafez Day in the Iranian National calendar.

His collected works are regarded as a pinnacle of Persian literature and are to be found in the homes of most people in Iran and Afghanistan, who learn his poems by heart and use them as proverbs and sayings to this day.

His life and poems have been the subject of much analysis, commentary and interpretation, influencing post-fourteenth century Persian writing more than any other author.

Themes of his qhazals are the beloved, faith, and exposing hypocrisy. His influence in the lives of Farsi speakers can be found in ‘Hafez readings’ (faal-e Hafez ‎) and the frequent use of his poems in Persian traditional music, visual art, and Persian calligraphy.

His tomb is visited often. Adaptations, imitations and translations of Hafez’ poems exist in all major languages.