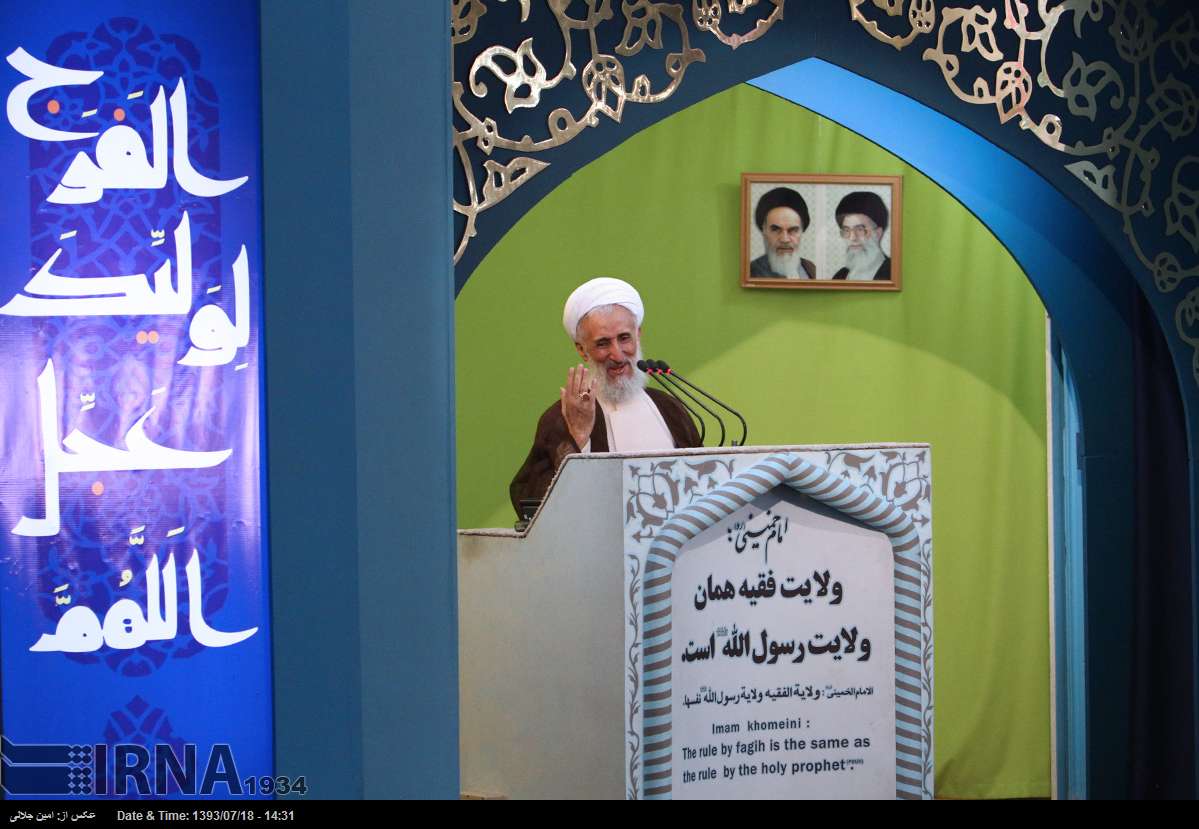 Iran daily: “US coalition in Iraq and Syria against Islamic State is a hoax”

The Tehran Friday Prayer continued Iran’s condemnation of the US campaign in Iraq and Syria against the Islamic State, with Ayatollah Kazem Seddiqi (pictured) declaring, “The coalition between the United States and a few Arab countries is clearly a hoax under the guise of combating terrorism.”

Seddiqi spoke of the Islamic State’s imminent capture of the Kurdish center of Kobane in northern Syria, preferring to blame the US rather than the jihadists: “The city of Kobane has been ravaged and they want to show that Islam is a religion of cruelty — this is the work of America.”

The specific concern of the cleric was that Washington and allies “intend to finally create a no-fly-zone in Syria”. Their real objective, he said, was not to contain the Islamic State but to weaken the Assad regime’s air force.

The arrogant powers don’t take into account that the people of the world are watching and paying attention, knowing that the United States created ISIS. The purpose of the American led-coalition against ISIS is to interfere in Syria’s [domestic affairs].

And the Kashan Friday Prayer Leader, Ayatollah Abdul-Nabi Namazi, went farther afield — he blamed Thursday’s bombing in the Yemeni capital Sana’a on the Americans: “The same plot that was implemented during the Egyptian uprising and revolution is now being implemented in Yemen.”