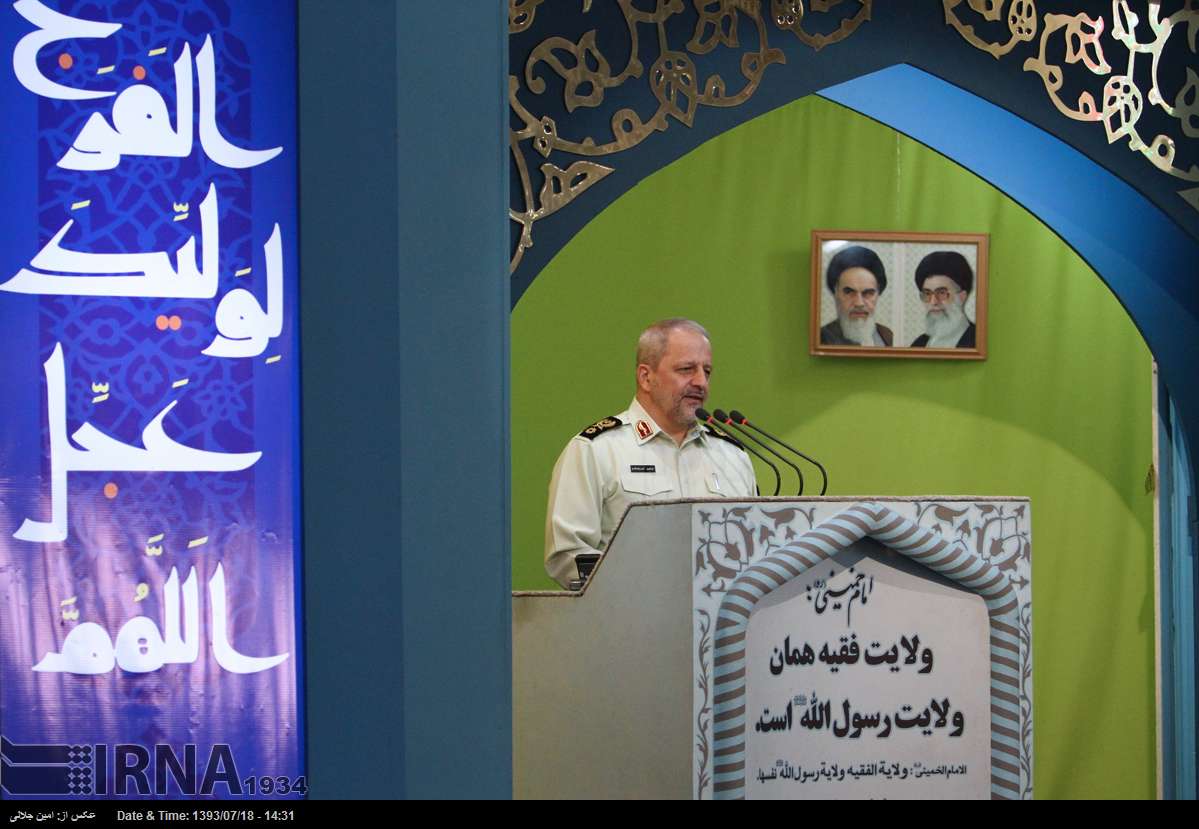 Tehran, Oct 10, IRNA – Police Chief Brigadier General Esmail Ahmadi Moqaddam said the irresponsibility of a neighboring country in occurrence of terror acts on the zero border point is not justified.

During Tehran Friday prayers pre-sermon remarks, Ahmadi Moqaddam said that if the neighboring country is not able to arrest the terrorists, then Iran would allow itself chasing them beyond its borders.

On Wednesday night a team of police forces on a mission following a local phone call seeking help were ambushed by the terrorists killing three officers in an orchestrated arrangement on the road.

The police managed to arrest a number of the terrorists in a surprise attack with the support of local people, but the gunmen using Pakistani soil as a safe haven for their terrorist actions launched a rocket attack on a police station, which killed a police officer and wounded another.

Describing Iran as a safe island in a turbulent ocean, Ahmadi Moqaddam underscored that the Islamic Republic’s main concern is drug trafficking.

The commander also said that Iran is boosting its counter-narcotics measures which have been hampered by the enemies in the eastern borders.