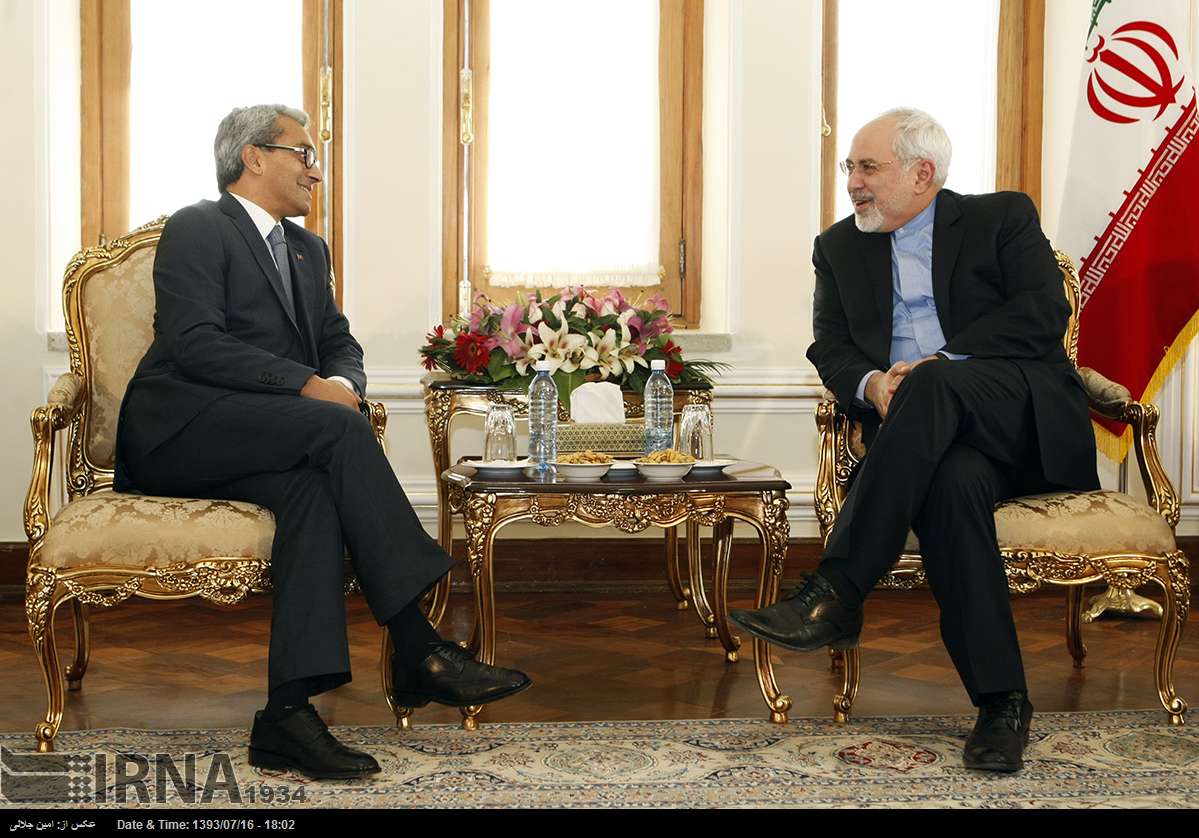 Zarif: Iran, Portugal can cooperate in many fields

Tehran, Oct 9, IRNA – Foreign Minister Mohammad Javad Zarif said there are plenty of grounds for cooperation between Iran and Portugal.

According to the report of Foreign Ministry Media Department, Secretary of State for Culture of Portugal Jorge Barreto Xavier met here with Zarif on Wednesday.

In the meeting, Zarif said short-term cooperation will pave ground for long-term and strategic cooperation between the two countries.

He also welcomed offered proposals of the Portuguese side for expansion of ties in the fields of tourism, film, art and parliamentary cooperation.

Xavier, for his part, underlined expansion of relations in all fields including political and cultural cooperation.

He also underlined establishment of parliamentary friendship groups, cooperation between museums and national libraries and reciprocal participation in film festivals by the two countries.