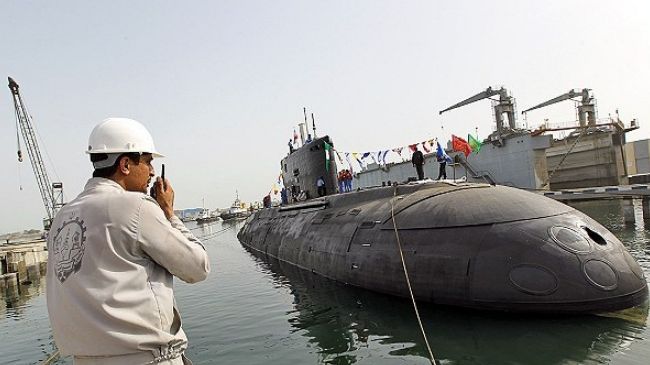 “We are designing and building heavy and semi-heavy submarines, and the Fateh (Conqueror) submarine will be unveiled this [Iranian calendar] year (ending March 20, 2015),” Head of the Iranian Navy’s Industrial Research and Self-Sufficiency Organization Rear Admiral Ali Gholamzadeh said on Wednesday.

There are three classes of submarines, said the top commander, adding that Iran has attained self-sufficiency in producing “light” submarines.

Iran’s naval forces are present in the high seas in order to protect and ensure maritime security for ships and vessels, the commander said.

The Ghadir submarine was first unveiled in 2007. The 120-ton vessel has excellent shallow-depth performance and can conduct prolonged coastal missions and launch torpedoes.

In recent years, Iran has made major breakthroughs in its defense sector and reached self-sufficiency in producing key military equipment and systems.

The Islamic Republic has repeatedly made clear that its military might is in line with the nation’s doctrine of deterrence and poses no threat to other countries.