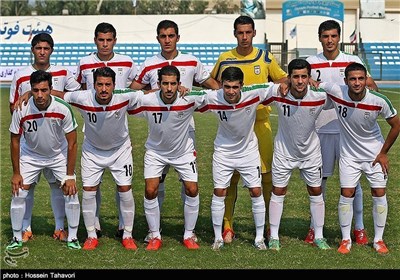 Iran loses to Thailand in AFC U-19 championship

TEHRAN (Tasnim) – A late goal from Samphaodi saw Ali Doustimehr’s Iran side slip to a 2-1 defeat to the Thailand in the 2014 AFC U-19 Championship on Thursday.

In the match held at the Thuwunna Stadium in Yangon, Myanmar, Amirmohammad Mazloum gave the Iranian team a lead in the 15th minute.

Siriphala equalized the match in the 65th minute and with eight minutes remaining Samphaodi was on target for Thailand team.

At the end of the game, Iranian coach Ali Doustimehr could only rue his side’s second-half performance and congratulate his opponents.

“They were very good, we lost the game because we took it too easy, our players were too relaxed, they saw the Thai players as physically smaller and believed they could simply walkover the opposition,” said Doustimehr.

“But football is not just about the easy days, you must manage your team through the hard ones – nothing is finished yet we have two more games to come,” he added.

Iran has been scheduled to play Yemen and host Myanmar on Saturday and Monday respectively.

There are 16 teams divided into four groups of four teams with the top two teams from all groups qualifying for the knockout stages.

The top four teams will qualify for the 2015 FIFA U-20 World Cup, which will be held in New Zealand.