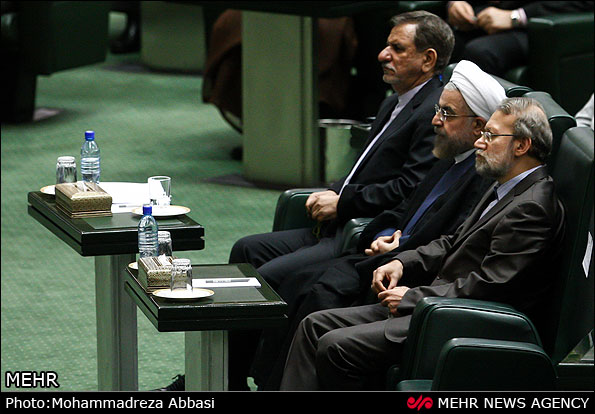 TEHRAN (FNA)- Iran’s President Hassan Rouhani said Tehran’s wise and firm stances towards developments on the regional and international scenes in the last three decades have persuaded the world states to utilize Iran’s experiences and constructive policies to end crises and disputes worldwide.

“Today, no one says Iran should be eliminated from equations and developments, and everybody admits that Iran is not omissible. All countries have said that Iran should play its role in fighting terrorism and there is no doubt about this,” the Iranian president said on Tuesday.

Last month, UN Secretary-General Ban Ki-moon stressed the constructive role that Iran has always played in the settlement of the regional crises, and called for more interaction with Tehran to utilize it experiences and capabilities.

“Iran can play an effective and constructive role in resolving the regional crises, including Iraq, Syria and Yemen,” Ban said, addressing a press conference in New York at the time.

“As I have said several times Iran is the most important country in the region,” the UN chief added.