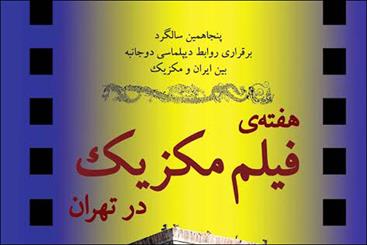 On the occasion of the 50th anniversary of the establishment of diplomatic relations between Iran and Mexico, Mexican Film Week will take place in Tehran in collaboration with Documentary & Experimental Film Center (DEFC) and the Mexican Embassy in Tehran.

This film event will run from 20-22 October at Saadabad Palace and will showcase 12 short documentaries directed by Mexican filmmakers.

The opening ceremony of the Mexican Film Week will take place on October 20 at Saadabad Palace with the attendance of Ulises Canchola Gutierrez, the Mexican ambassador to Iran, and a number of Iranian officials and artists.