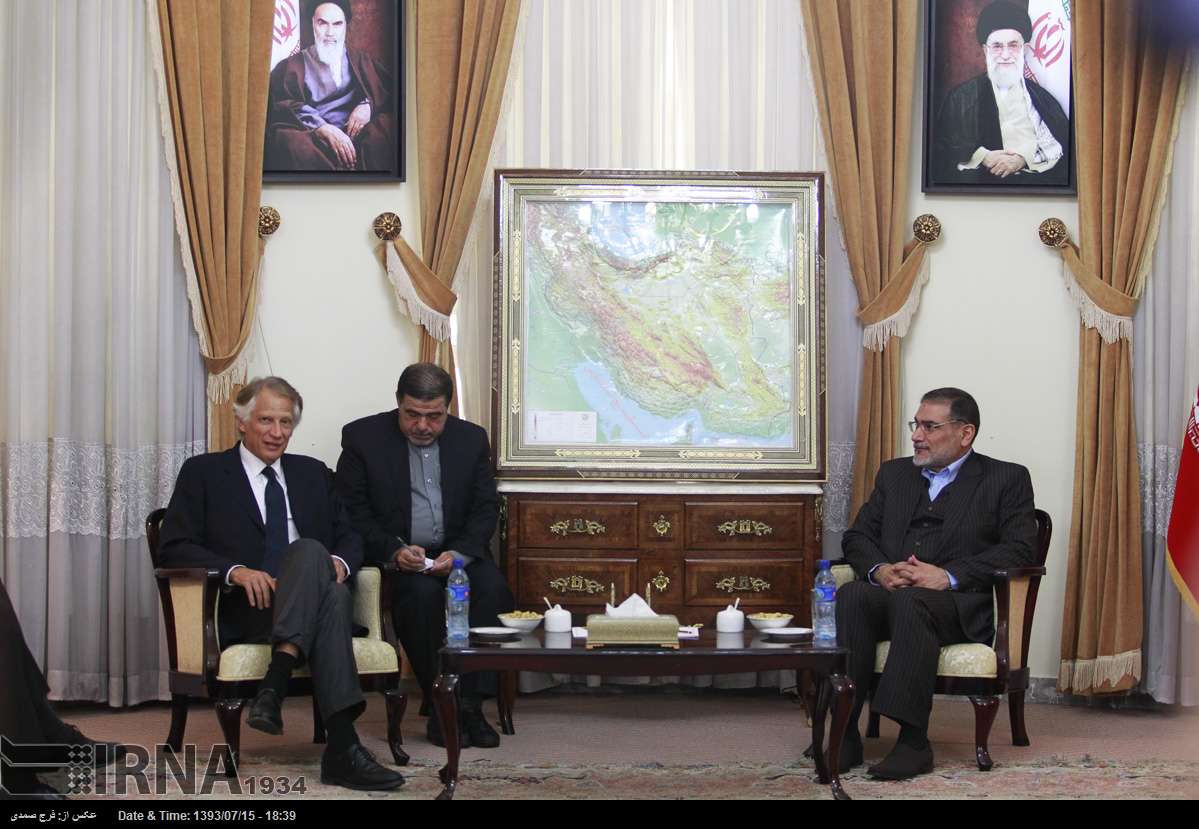 A senior Iranian official says the ongoing crisis in Syria’s Kurdish border town of Kobani proves the incompetence of the so-called US-led coalition to fight terrorism.

“The situation the Kurdish city of Kobani in northern Syria is currently faced with, is a clear proof of the ineffectiveness of the coalition [formed by] the West and certain countries in the [Middle East] region under the pretext of fight against terrorism,” Secretary of Iran’s Supreme National Security Council (SNSC) Ali Shamkhani said in a Tuesday meeting with Dominique de Villepin, a former French prime minister and foreign minister, in Tehran.

He stressed the importance of uprooting Takfiri terrorism and noted that the formation of any coalition to fight the ISIL lies within the framework of the Western propaganda.

“Ignorance of the countries’ right of sovereignty and irresponsible measures by the so-called anti-terrorism coalition and certain regional countries will further complicate the fragile security and political conditions in the region,” Shamkhani said.

He highlighted the instrumentalization of terrorism by certain Western countries in the Middle East, saying supporters of terrorist groups should be held accountable for the death of civilians and destruction of economic infrastructure in Iraq and Syria.
Shamkhani’s remarks come against the backdrop of fierce fighting between Kurdish forces and the ISIL terrorists in Kobani.

The so-called Syrian Observatory for Human Rights said that the Kurds managed to force the ISIL terrorists to retreat in some areas they had entered. However, the Takfiri militants are advancing into the southwest of Kobani, with several blasts reportedly heard in the strategic town.

The ISIL terror group launched its assault on the Kobane region three weeks ago. The clashes have left at least 412 people dead, including 220 ISIL terrorists, 170 Kurdish fighters and over 20 civilians.