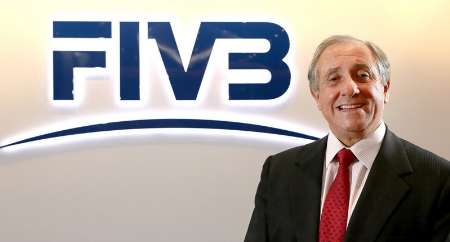 Iran finished in sixth place in the 2014 FIVB World Championship in Poland.

The team recently moved up one place to tenth in the FIVB rankings.

Asked if Iran could host a prestigious competition, Graça said, “Volleyball is among Iran’s most popular sports and the fans are numerous in the country so why not.”

“The World Championship has not yet been held in Iran but the country has hosted World League matches before and we want to give all countries the opportunity to host our signature event.”

“I am a true believer that volleyball has to expand beyond its boundaries and that the athletes should also have the honour of competing on home soil in a major competition during their career. I would be very pleased to see Iran bid for the Championship in 2018,” Graça said.