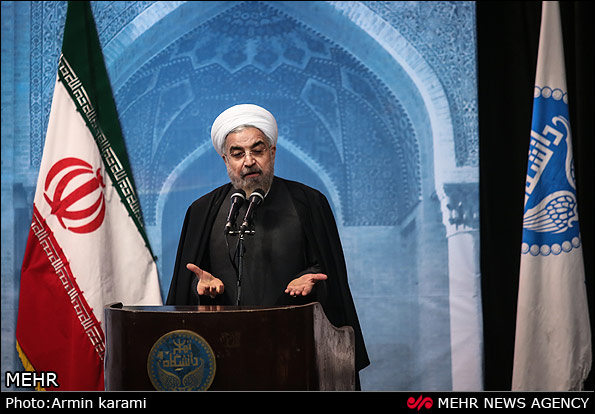 Tehran, Oct 7, IRNA – President Hassan Rouhani said his government is committed to the promises it made to the academic community during presidential election campaigning.

The president made the remarks here Tuesday addressing the inauguration ceremony of the new academic year in the Iranian universities.

He said that Islamization of human sciences never means chopping off parts of the human knowledge which relate to humanities.

Even if some have certain critical points to offer about human sciences, he added, they should put forward fresh words and more precise ideas instead of trying to cross out certain parts of sciences.

He also said his government has not forgotten the promises it made to the universities and even fulfilled some of them.