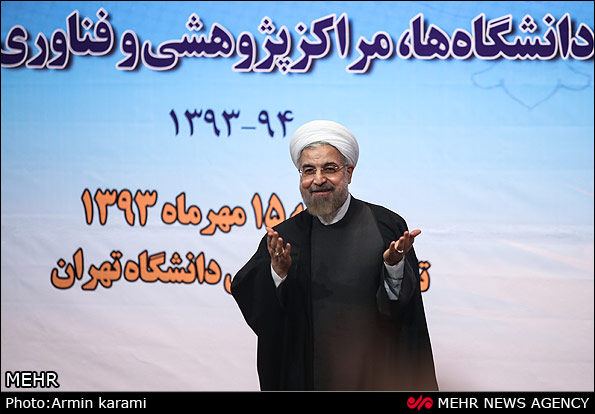 “Irrelevant restrictions will lead to the departure of honest, competent individuals and the promotion of ingratiating people,” he said Tuesday at an event marking the start of the academic year. The speech was broadcast live on state TV.

He also complained that no student representatives were speaking at the ceremony, saying: “I am here to listen, not to make a speech. It is a matter of regret that there was no speech by student associations in today’s program.”

Rouhani, a relative moderate elected last year, has promised to promote greater openness in the Islamic republic but has run into fierce resistance from hard-liners in the government.