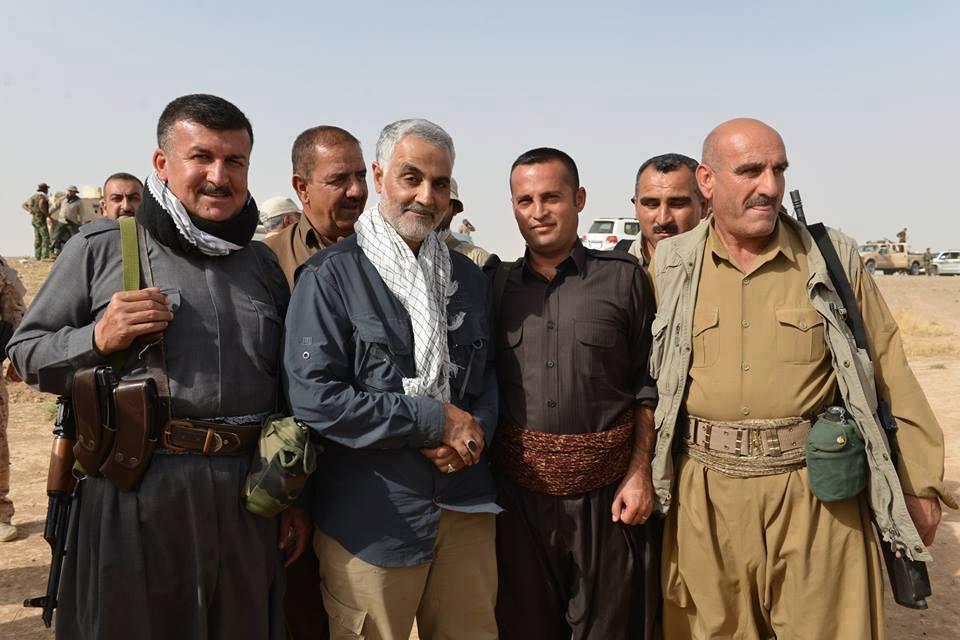 Iran daily: “We will coordinate action against Islamic State in Iraq and Syria”

Iran is pressing its campaign to coordinate political and military operations in Iraq and Syria against the Islamic State.

Tehran is seeking to win over regional actors, adding to its alliance with the Syrian regime, to push aside the US-led interventions in the two countries.

The Supreme Leader, President Rouhani, Foreign Minister Mohammad Javad Zarif, and other officials have all spoken generally of Iran’s leadership, but it was a Deputy Defense Minister, General Reza Talaei-Nik, who made the specific reference to Iran’s supervision of multilateral operations.

“All of our activities would be conducted in coordination and cooperation with the governments of Iraq and Syria,” Talaei-Nik told Al-Alam, Iran’s Arabic-language satellite channel.

Talaei-Nik also repeated Tehran’s call for an end to the supply of money and arms to the Islamic State and “other terrorist groups” — i.e., Syrian insurgents trying to overthrow the Assad regime. He claimed that US-led airstrikes in Iraq and Syria have been ineffective

Iranian journalists are circulating a claimed picture of the head of the elite Qods Force, General Qassem Soleimani, with fighters linked to the Iraqi Patriotic Union of Kurdistan:

The location of the photograph has not been identified.

Soleimani has been in Iraq since the surge of the Islamic State in June, advising Iraqi authorities and appearing on the frontlines north of Baghdad. He later was photographed with Iraqi forces as the siege of Amerli, a town in northern Iraq, was lifted.

This photograph would be the first of the Qods Force commander with Iraqi Kurdish forces — significant as Iran competes with the US for alliance with Iraqi Kurdistan in the fight against the Islamic State.

Yeganeh Salehi, the Tehran correspondent for The National, has been freed on bail from an Iranian prison after more than two months.

The two were arrested on July 22 along with an Iranian photojournalist and her husband, both of whom were later released. It is still unclear what charges Salehi and Rezaian face.

Britain Lifts Sanctions on 5 Iranian Companies and A Businessman

The British Treasury has announced the repeal of an asset freeze on the billionaire businessman Babak Zanjani and five Iranian entities, complying with a European Union court decision.

The EU’s General Court ruled this summer that European states had committed “a manifest error of assessment and failed to discharge the burden of proof” for sanctions, providing documents which did not establish the case for the measures.

Zanjani is still in an Iranian prison, facing charges of embezzlement and fraud of billions of dollars. The businessman, closely linked with the Ahmadinejad administration and reportedly used to bypass US-led sanctions, is accused of diverting money from the Oil Ministry and of taking Social Security Funds for multiple businesses.