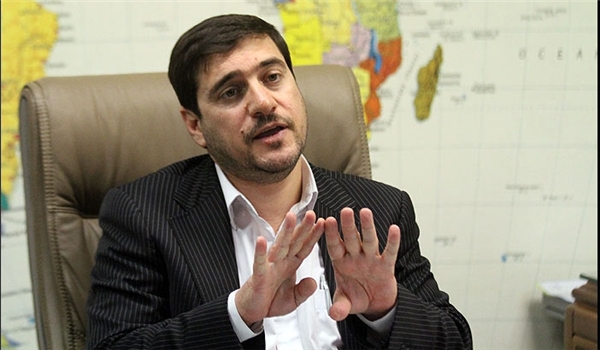 TEHRAN (FNA)- The sanctions imposed by the EU on the National Iranian Tanker Company (NITC) for its alleged role in Iran’s nuclear energy program were scrapped, a senior official announced on Monday.

“After the (EU) court issued an initial ruling on the illegality of the sanctions against the NITC, the EU had 70 days to protest at the ruling, and since the EU didn’t use this opportunity, the EU sanctions against the NITC has now been definitely annulled,” Managing Director of the NITC Ali Akbar Safayee said in a press conference in Tehran today.

The rulings in respect to businessman Babak Zanjani’s Sorinet Commercial Trust, Sharif University of Technology, and the NITC were passed on July 3, 2014.

The verdict regarding Moallem Insurance Company was handed down on July 10, 2014, while the decision on Sina Bank was issued on June 4, 2014.

Since the judgments were not appealed within the designated two months, they have now come into effect.

After the EU announcement, Britain also ended asset freeze on five Iranian entities and a tradesman after the EU General Court issued rulings on the annulment of sanctions against Iran.

In mid-August, Iran called on the European countries to comply with the rulings of the EU courts on the annulment of the sanctions against Tehran.

That was one in a series of annulments by the European court of the designations of Iranian individuals and companies from the EU sanctions list. Yet, the EU still shrugs off putting the rulings into effect.