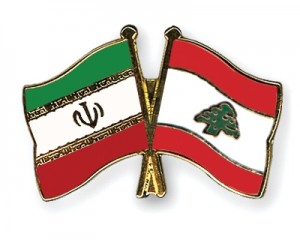 TEHRAN (FNA)- Several senior Lebanese officials appreciated and lauded Iran for its military support for Beirut in its fight against terrorism.

During the visit of Secretary of Iran’s Supreme National Security Council (SNSC) Ali Shamkhani to Beirut, the two sides discussed regional developments and the need for Iran and Saudi Arabia to close ranks to help resolve regional problems such as those in Lebanon, Salam said in an interview with Lebanese daily As-Safir.

“We believe that differences (among Muslim states) will only benefit the Zionist regime,” he said, adding that the details of military aid and providing the Lebanese army with military equipment will be revealed during upcoming visit of Lebanese Defense Minister Samir Moqbel to Iran.

The Daily also interviewed and reflected the views of Lebanese Parliament Speaker Nabih Berri who welcomed Iran’s military support for the Lebanese army.

In a meeting with Shamkhani, they also exchanged views on regional developments mainly those in Lebanon, the daily said.

“The Lebanese army should be strengthened for its campaign against terrorism,” Amir Abdollahian told FNA on Wednesday.

“Any assistance by Iran to the Lebanese army will be within the framework of war on terrorism and the international laws,” he added.

Asked about the US officials’ reaction to Iran’s possible assistance to the Lebanese army, Amir Abdollahian said, “Instead of adventurous measures which merely intensify extremism, the US should avoid preventing reinvigoration of the regional states and armies if it favors a materialization of real and effective war on terrorism.”

Also on Tuesday, Shamkhani announced that Iran plans to gift a military tool or weapon to the Lebanese army in the near future.

“The gift will be sent in the near future and it will be delivered to the Lebanese defense minister during his upcoming visit to Iran,” Shamkhani said after meeting Lebanese Prime Minister Tammam Salam in Beirut.

Shamkhani pointed to his meeting with the Lebanese prime minister, and said, “We discussed bilateral ties and regional political developments as well as the plots hatched by the Israeli regime to misuse the regional developments.”

On Monday, Shamkhani underlined Tehran and Beirut’s firm will to consolidate security and defense cooperation to thwart common enemies’ plots.

Upon arrival in Beirut Airport in a brief meeting with the reporters, the top Iranian security official said that the two governments and nations have had long standing historical relations.

“The main objective of my visit to Lebanon is holding dialogue and consultations on political and security developments in the region and seeking ways for cooperation in confrontation with shared threats against Iran and Lebanon,” Shamkhani underscored.