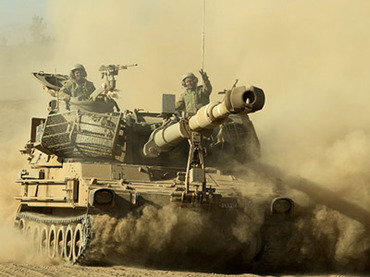 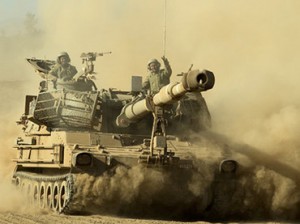 Israeli army vehicles have entered the southern Gaza Strip and soldiers have opened fire on Palestinian agricultural areas in a flagrant violation of a recent ceasefire agreement.

A dozen Israeli military vehicles entered Gaza from a gate east of the southern city of Khan Yunis on Wednesday, crossing some 200 meters into the Palestinian territory.

Israeli soldiers then fired shots on Palestinian farms. Witnesses say the assault, which occurred in the early morning, forced agricultural workers to leave their lands. No injuries have been reported so far.

Earlier this week, Israeli military forces shot and injured a Palestinian farmer in northern Gaza near a fence separating Israeli-occupied territories from the blockaded coastal enclave. An Israeli military spokesperson claimed the farmer had come too close to the border fence.

The incident happened just over a month after a ceasefire agreement ended Israel’s deadly onslaught on the coastal territory.

Israel started pounding the Gaza Strip in early July, inflicting heavy losses on the Palestinians. Over 2,100 Palestinians, including more than 490 children, were killed in the Israeli attacks while thousands of others were displaced.

The 50-day all-out war on the besieged enclave ended on August 26 with an Egyptian-brokered truce, which took effect after negotiations in the Egyptian capital, Cairo.

Experts say it will cost more than $7.5 billion to rebuild the besieged Gaza Strip following the destruction caused by the Israeli war.