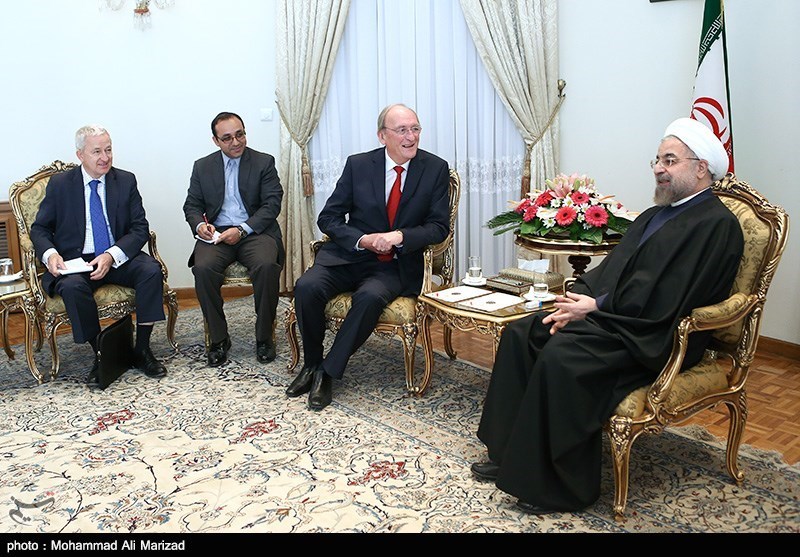 Rouhani made the remarks in a meeting with visiting Irish Parliament Speaker Sean Barrett in Tehran.

Referring to massive grounds available for expansion of mutual economic cooperation, Rouhani called on the two sides’ officials to pave the way for active presence of private and state-run investors and entrepreneurs in both countries.

Presently, big economic European delegations are visiting Iran for business negotiations and clinching deals on Iranian projects, President Rouhani said, adding that the grounds are prepared for presence of Irish companies in the country.

The Islamic Republic of Iran seeks positive and constructive interaction with other countries of the world, said President Rouhani, adding all have suffered losses due to imposition of illegal sanctions against Iran as confessed by European heads of state on the sidelines of the UN General Assembly meeting in New York.

IAEA in its recent report once again reiterated Iran’s non-deviation from its nuclear progam which indicates the country is following a win-win policy in its talks with G5+1, he said.

Ireland is not among G5+1 countries but as a member of European Union can play a serious role in resolving the country’s nuclear standoff, he said.

The Irish parliament speaker, for his part described Iran’s oolicy in dealing with global developments as positive and said the world has now recognized the Iranian president as “Man of Peace”.

Ireland fully backs talks between Iran and G5+1 until a final deal is clinched by the two sides, he said.

Grounds for expansion of all-out cooperation between the two countries are well prepared and the two sides are expected to seize the opportunity in this regard, he said.