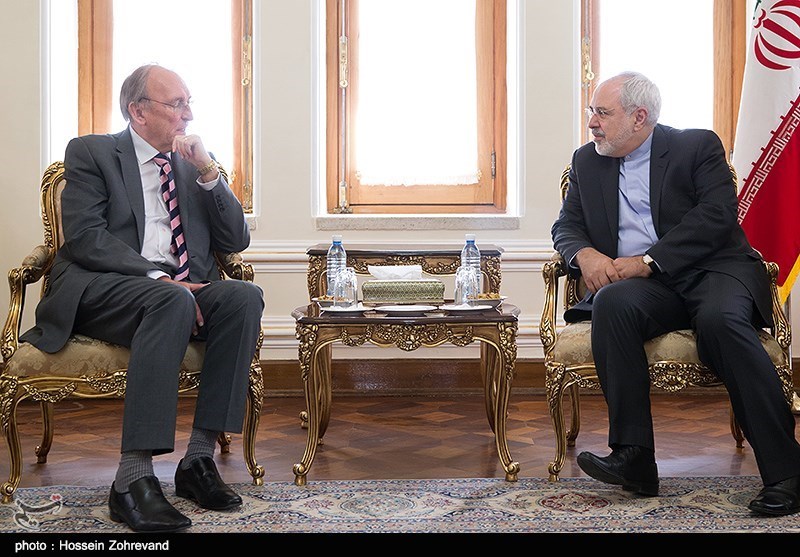 TEHRAN (Tasnim) – Iranian foreign minister criticized the US-led coalition for targeting Syria’s infrastructures instead of battling against the Islamic State in Iraq and the Levant (ISIL) terrorist group.

“Unfortunately, instead of fundamental fight against the ISIL, Syria’s infrastructures are being attacked, and this issue will not be resolved this way,” Mohammad Javad Zarif said in a meeting with Irish Parliament Speaker Sean D. Barrett in Tehran on Tuesday.

He was referring to the military campaign by the US and its allies to battle the ISIL terrorists in Iraq and Syria.

Elsewhere in his remarks, Zarif called for the removal of obstacles in the way of broader ties between Iran and the European states.

He also noted that Tehran and Dublin can strengthen relations in all fields.

The visiting Irish MP, for his part, touched on Iran’s regional clout, and hailed the Islamic Republic as the “focal point” of peace and stability in the Middle East region.