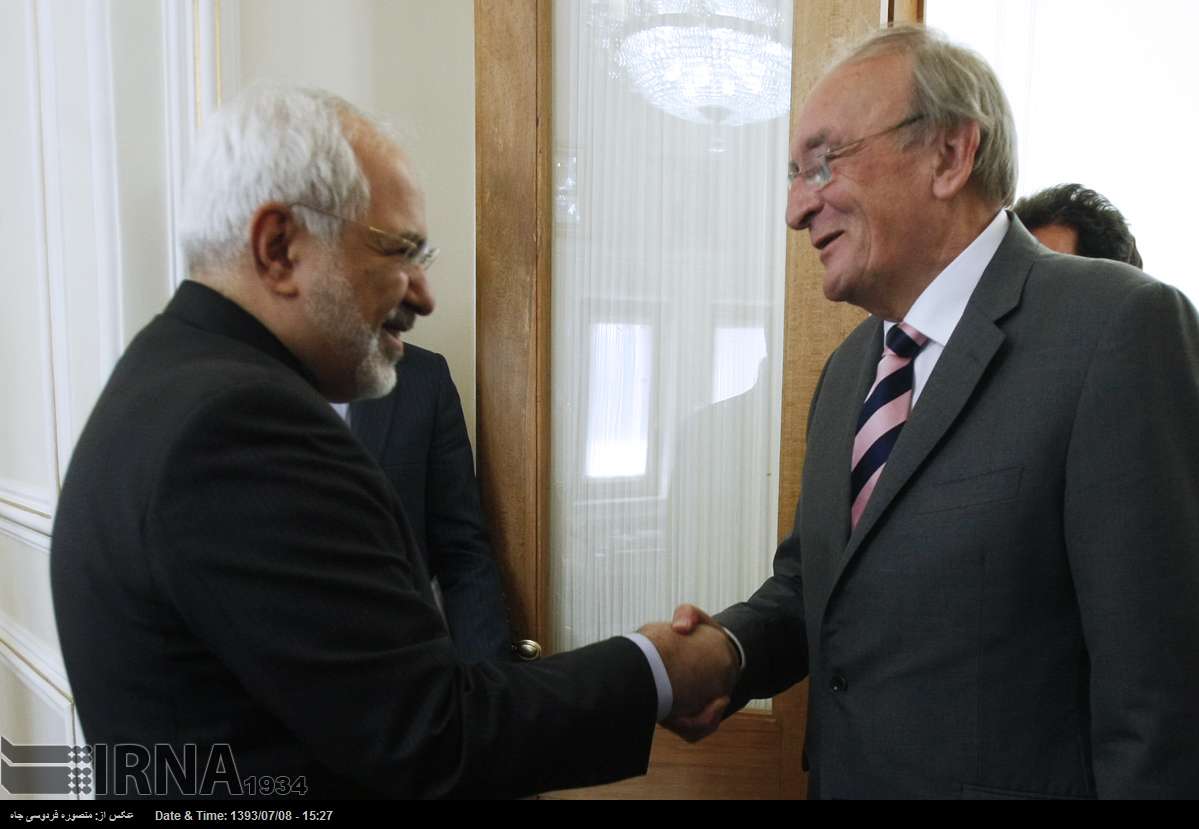 Iran’s Foreign Minister Mohammad Javad Zarif has stressed the importance of removing obstacles on the way of expanding the Islamic Republic’s relations with the West and Europe.

“The Islamic Republic of Iran calls for the removal of obstacles on the way of development of ties with European and Western countries and, of course, this issue depends on the opposite side’s will,” Zarif said in a meeting with Irish Parliament Speaker Sean D. Barrett in Tehran on Tuesday.

The Iranian minister added that Tehran and Dublin can strengthen cooperation in different sectors including parliamentary cooperation.

Zarif further criticized the West’s way of battling the Takfiri ISIL terrorists and said, “Unfortunately, instead of a fundamental fight against the ISIL, Syria’s infrastructure is being attacked and this issue will not be solved this way.”

For his part, Barrett said Iran is the focal point of peace and stability in the Middle East and called for broader ties between Iran and Ireland.

Since September 22, the US and its allies, including Saudi Arabia, Bahrain, the United Arab Emirates, Qatar and Jordan, have been conducting airstrikes against the ISIL inside Syria without any authorization from Damascus or a UN mandate.

The airstrikes are an extension of the US-led aerial campaign against ISIL positions in Iraq.

The Irish senator, for his part, said Iran plays a leading role in establishing peace and stability in the region.

He called for enhanced Tehran-Dublin relations in all fields.