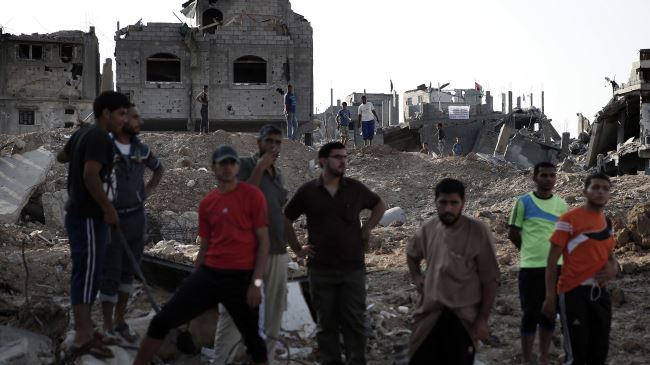 Palestinians in Gaza are looking forward to the donors conference for Gaza’s reconstruction, scheduled Oct. 12 in Cairo at the invitation of Egypt and Norway and under the auspices of Palestinian President Mahmoud Abbas. The conference will be attended by representatives of countries all over the world, as well as businessmen and local and global organizations. The donor conference has spawned a competition between businessmen and companies for contracts to reconstruct the Gaza Strip.

An economic official in Gaza told Al-Monitor, “Preparations are in full swing to [compete over] the largest share of the expected construction projects to follow the conference. This is done through communication with the related international bodies — [the United Nations Relief and Works Agency] and the [United Nations Development Program] in particular — and in coordination with the Palestinian government of national consensus, which is supervising all of the reconstruction projects.”

A senior Palestinian minister who asked not to be named told Al-Monitor about “rapid developments secretly taking place in preparation for the reconstruction of Gaza,” saying, “Some economic institutions want to get the lion’s share of the funds allocated to this reconstruction. So they market themselves to the donor countries — both Arab and Western — and demonstrate their ability to implement reconstruction projects in compliance with international standards.”