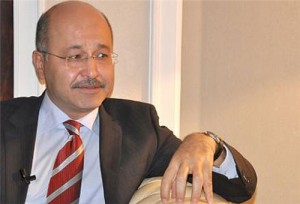 “Some people imagine that a weak Iraq will benefit the Kurds but this thought is incorrect. The Kurdish nation needs a secure and stable Iraq,” Salih said in an interview with a Kurdish TV channel on Tuesday.

“Kurds shouldn’t just rely on Turkey, but they should pay attention to the other regional forces and it is important for us to have friendly relations with them. Relations with Turkey are not enough and we strongly need to strengthen ties with Iran.”

“We cannot ignore Iran’s important role in the region. The regional equations have changed and naturally, this will change the internal equations of the country,” Salih said.

Early December, top Iranian and Iraqi officials, in a joint news conference in Tehran, stressed the need for the further expansion of mutual cooperation in economic fields.

During the news conference, the Iranian First Vice- President Eshaq Jahangiri and former Iraqi Prime Minister Nuri Al-Maliki reiterated the necessity for increasing exchange of visits between the two countries’ businessmen and trade officials in a bid to further consolidate Iran-Iraq economic ties.