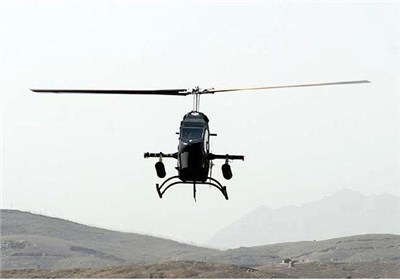 TEHRAN (Tasnim) – The Islamic Revolution Guards Corps (IRGC) is developing a new attack helicopter which is said to be larger than the other choppers now in service.

According to Commander of the IRGC Aerospace Force Brigadier General Amir Ali Hajizadeh, the new aircraft is “heavier and larger” than the other helicopters the IRGC has previously manufactured.

The new chopper will have two crew, the commander noted.

This chopper has been designed to carry out assault missions, Brigadier General Hajizadeh said.

“As soon as the manufacturing phases are completed, we will publicize it,” he explained.

Earlier in May, Commander of the Iranian Army Ground Force Brigadier General Ahmad Reza Pourdastan had announced that the country’s “national helicopter” will be unveiled in the current Iranian year (ending on March 20, 2015), saying the homegrown aircraft is equipped with the most advanced military equipment.