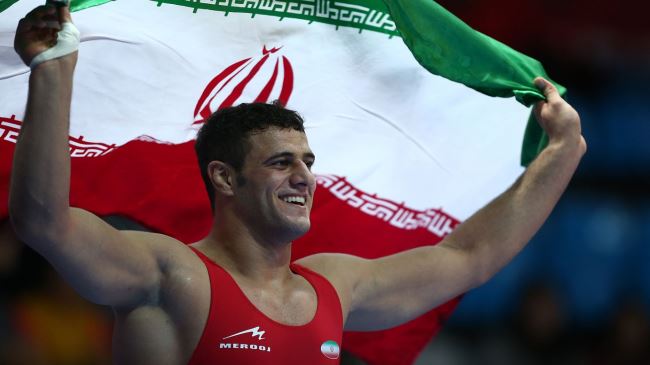 Iranian Greco-Roman wrestlers have exhibited their strength at the 2014 Asian Games in South Korea, snatching three medals, including two golds, in the prestigious sports event.

On Tuesday, the first day of the Greco-Roman competitions, Iran’s Mahdi Aliyari-Feizabadi was given his opening round contest of men’s 98-kg weight category at the Dowon Gymnasium in the city of Incheon, located 48 km (30 miles) west of the capital, Seoul.

Aliyari-Feizabadi prevailed over his Syrian rival, Naouzat Saleh, 9-2 in his first encounter to march into the semifinal round. He overpowered a representative from Kazakhstan, Yerulan Iskakov, 3-1 in the next and booked the ticket for the final.

The Iranian athlete downed his Chinese opponent, Di Xiao, 8-0 in the last encounter, and collected the gold medal.

Earlier in the day, Akhlaghi defeated his Qatari opponent, Jafar Khan, 9-1 and Uzbekistan’s Besiki Saldadze 9-0 in his march to the final contest.