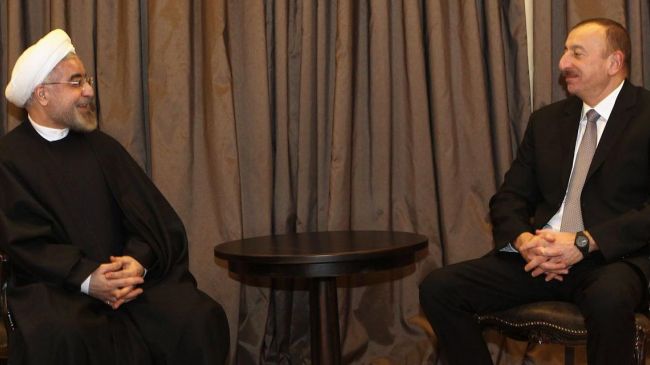 Tehran, Sept 29, IRNA – President Hassan Rouhani has called for expansion of the existing friendly ties between Iran and the Republic of Azerbaijan.

In a meeting with his Azeri counterpart Ilham Aliyev on Monday, he urged the two countries not to allow the countries which are unhappy with Tehran-Baku friendly ties to damage them.

Rouhani is in Astrakhan, Russia, to take part in the 4th Summit of the Caspian Sea Littoral States.

He stressed that security and development of the two nations are interdependent.

President Rouhani also highlighted the determination of both Iranian and Azeri statesmen to boost cooperation.

He said the joint economic committee should become more active in the areas of energy, oil, gas, trade, environment and tourism.

He pointed to the importance of completing the North-South Corridor and said the railways of Azerbaijan and Iran should be linked in a short time.

The president also stressed the need for expansion of cooperation between the two countries on regional as well as international issues and said Tehran and Baku should take identical positions in global organizations.

The Azeri president too pointed to the existing mutual interests to boost relations and said the railways once linked could guarantee interests of the both countries.