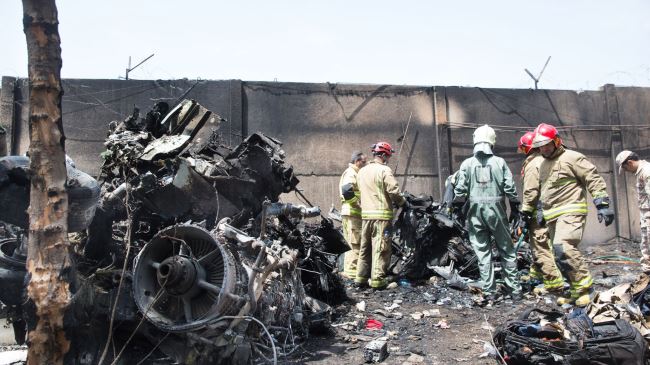 Tehran, Sept 28, IRNA – Head of Iran Civil Aviation Organization said on Sunday that failure of an engine in the right side of the Sepahan Airlines Flight 5915, caused the plane to crash on Tehran-Karaj highway.

Speaking to reporters, Alireza Jahangirian noted that all 40 passengers and 8 crew of the plane have been alive after the crash but 40 of them were burned and died by fire breakout.

On 10 August 2014, the HESA Iran-140 aircraft serving the flight crashed shortly after takeoff from Mehrabad International Airport, falling into a residential area near the Azadi Stadium. 40 people killed in the disaster.

The aircraft crashed into a residential block on Mina Glass Boulevard, western Tehran at 09:18 local time (04:48 UTC). The crash resulted in a fire breakout.