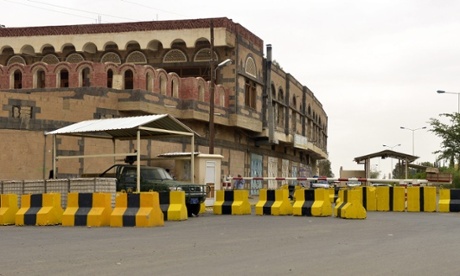 An al-Qaida splinter group said it launched a rocket towards the US embassy in Sana’a on Saturday, wounding several guards, to retaliate for a purported US drone strike in a northern province of Yemen the day before.

The State Department said it had no indication that the embassy was the target of the attack and that none of its staff were wounded.

The rocket landed 200 metres from the heavily fortified embassy, hitting members of the Yemeni special police force who guard the site. At least two were wounded, police said. The attacker fired the rocket from a car, using a M72 light anti-tank weapon before speeding away, a police source told Reuters.