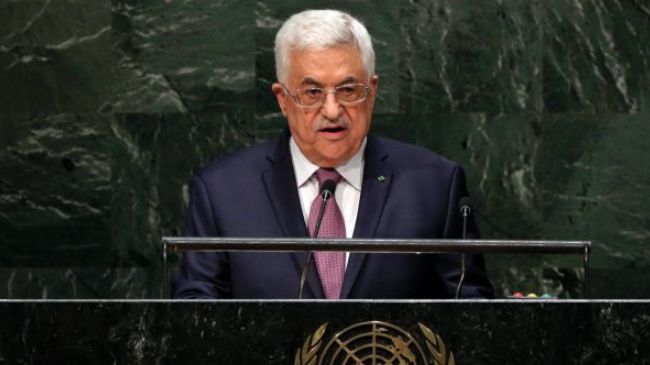 The United States has heavily criticized the president of Palestinian National Unity Government for his speech at the 2014 United Nations General Assembly.

State Department spokeswoman Jen Psaki said in a statement on Friday that Mahmud Abbas’ speech, in which he said Israel conducted a “war of genocide” in Gaza, was “offensive”.

Israel unleashed aerial attacks on Gaza in early July and later expanded its military campaign with a ground invasion into the Palestinian territory. Over 2,130 Palestinians lost their lives and some 11,000 were injured.

“Abbas’ speech today included offensive characterizations that were deeply disappointing and which we reject,” read the statement.

Psaki described the Abbas’ statements as “counterproductive” adding his remarks “undermine efforts to create a positive atmosphere and restore trust between the parties.”

Abbas called on the UN Security Council to back the efforts to bring to an end the Israeli occupation of the Palestinian territories.

He said that he would push for a UN resolution setting a deadline for Israel to withdraw its forces out of Palestinian lands.

Abbas also said that Palestinians and Gazans will neither forget nor forgive the atrocities done by Israelis and that they “will not allow war criminals to escape punishment”.

His comments against the Israeli regime come shortly after the Palestinian factions of Hamas and Fatah made a breakthrough in direct talks to form a national unity government in the Gaza Strip, a move which greatly angered Tel Aviv.

In recent months, Israeli troops have escalated their raids on the al-Aqsa Mosque compound, Islam’s third-holiest site after Mecca and Medina in Saudi Arabia.