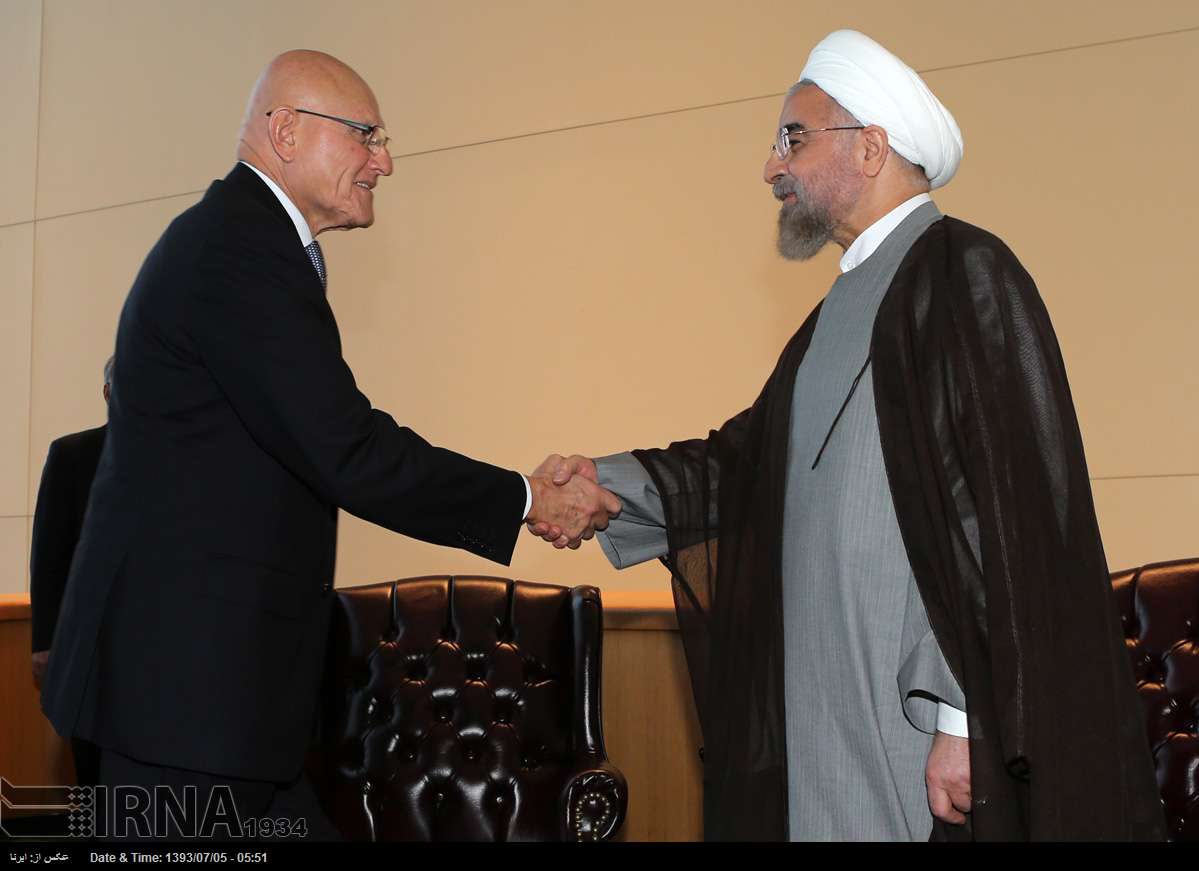 TEHRAN (FNA)- Iranian President Hassan Rouhani in a meeting with Lebanese Prime Minister Tammam Salam in New York called for the participation of all Lebanese ethnic and religious groups in the establishment of sustainable security and development in the Arab country.

“If all tribes and religions partner in the administration of Lebanon, the security and development of Lebanon will be sustainable,” President Rouhani said during the meeting on the sidelines of the 69th Annual Meeting of the UN General Assembly in New York on Friday.

He noted that the Iranian nation wishes dignity, unity and prosperity for Lebanon.

The Iranian president reiterated that Tehran and Beirut have cordial and brotherly relations, and expressed concern over the current critical situation in the Arab country.

President Rouhani expressed the hope that the Lebanese army would safeguard the country and nation against terrorists, and said, “Iran attaches great importance to Lebanon’s unity and security.”

He noted that religious and ethnical clashes are fueling the flames of disputes in some regional countries, and said, “Today terrorism and violence are major problems of the region.”

Salam, for his part, called for the expansion of all-out cooperation between the two countries, and said, “Beirut attaches great importance to continued ties with Iran.”