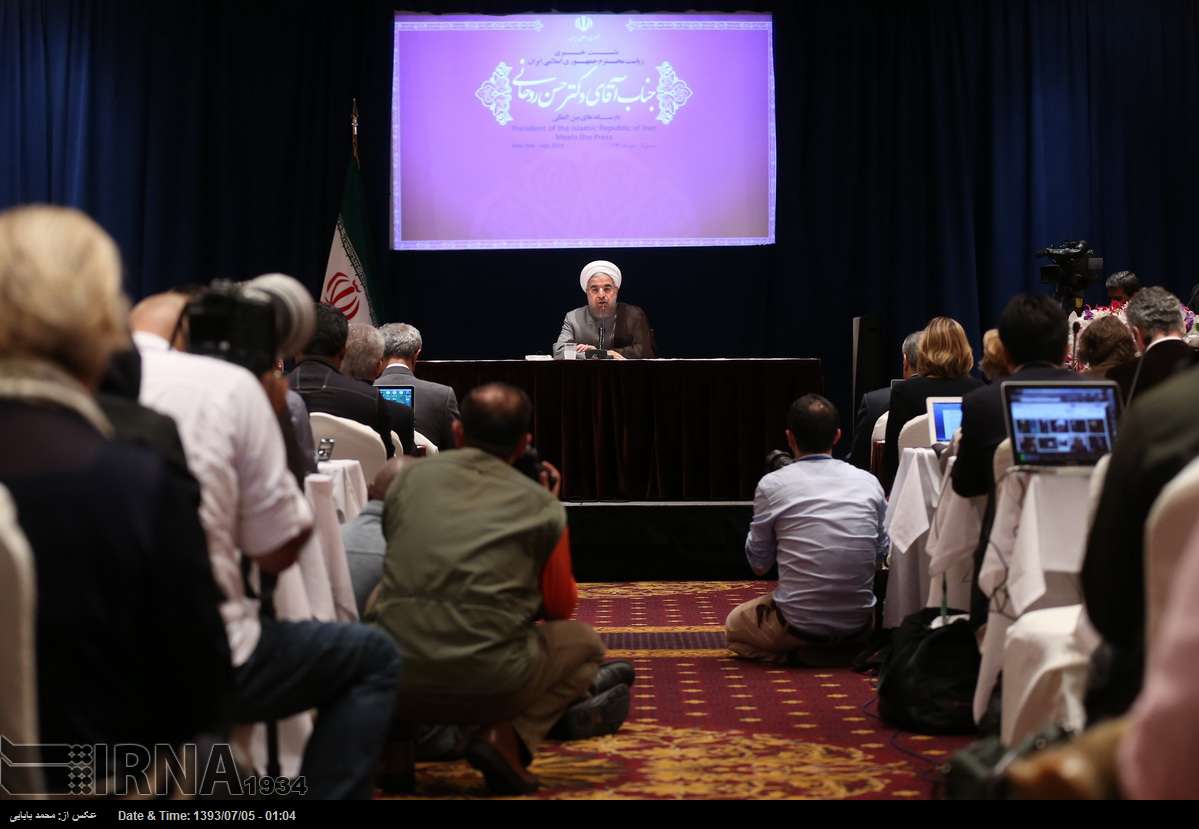 He made the remarks at a press conference on the sidelines of the 69th annual session of the United Nations General Assembly in New York on Friday.

Iran will not give up peaceful nuclear activities and will continue enrichment on its soil under the IAEA full supervision, the President added.

He underlined that any deal with Iran should involve complete removal of illegal sanctions, adding that Tehran aims to play a win-win game regarding its nuclear activities.

He noted that final nuclear deal between Iran and G5+1 can prepare the ground for further cooperation in other areas.

Iran has done its best to reach agreement with G5+1 while the other side should review its demands, President Rouhani underscored.

He said “brave decisions” need to be made in order to resolve the West’s dispute with Iran over its nulcear program.

Any agreement in which enrichment on Iranian soil is not considered will not be acceptable to us, President added.

He also said that “substantial progress” has been made since last year in nuclear negotiations between Iran and G5+1 – the United States, Britain, Russia, China, France and Germany.

Rouhani added that “progress (in nuclear talks) has been very slow,” therefore all sides must move faster to reach a comprehensive agreement as soon as possible.

Regarding a possible deal on Iran’s peaceful nuclear program, Rouhani said not only will the agreement benefit Iran and G5+1 but also it will be to the interest of regional stability and security.

Referring to the US-led international sanctions against the Islamic Republic, the Iranian president said that they are damaging both sides: the countries that imposed them and the Iranian nation.